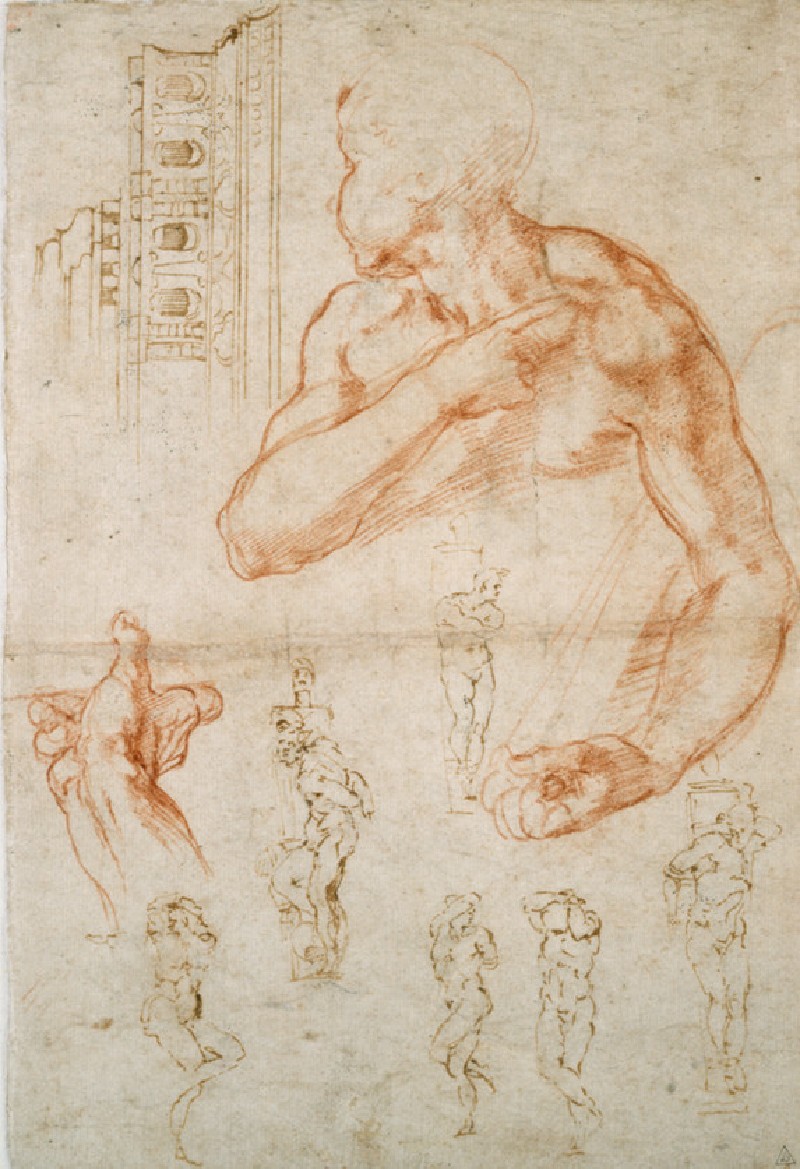 Michelangelo Buonarroti was the first artist recognised by contemporaries as a genius. He was born in Caprese in 1475 and trained first as a painter and then as a sculptor. In 1496, already known as sculptor, he went to Rome where he carved the Pietà for St Peter's. Back in Florence in 1501 he began work on many projects, most of which were left unfinished in 1505 when he returned to Rome to begin work on the two projects explored on this sheet.

The red chalk studies relate to his work in the Sistine Chapel in 1511–12. The principal study is for the figure of a boy who points towards the Libyan Sibyl, and the other is for the Sibyl’s right hand holding an open book. The sensuous red chalk beautifully conveys the warmth and softness of flesh. Michaelangelo lightly sketched the boy’s head, then with a variety of strokes and gentle modelling, defined the musculature and the effects of light and shade as the boy turns, holding a scroll under his arm.

In the pen sketches of six twisting male figures, Michaelangelo dynamically developed his ideas for the bound captives that he envisaged for the lower story of the monumental tomb of Pope Julius II. With rapid assured pen strokes, he created a sense of agile, energetic movement. By contrast, the richly ornamented cornice is crisply drawn, no doubt with the architectural structure of the tomb in mind. After the pope's death in 1513, the scale of the project was gradually reduced until a much simpler wall tomb with fewer figures than originally planned was completed in 1545.