Swooping down on a Taube 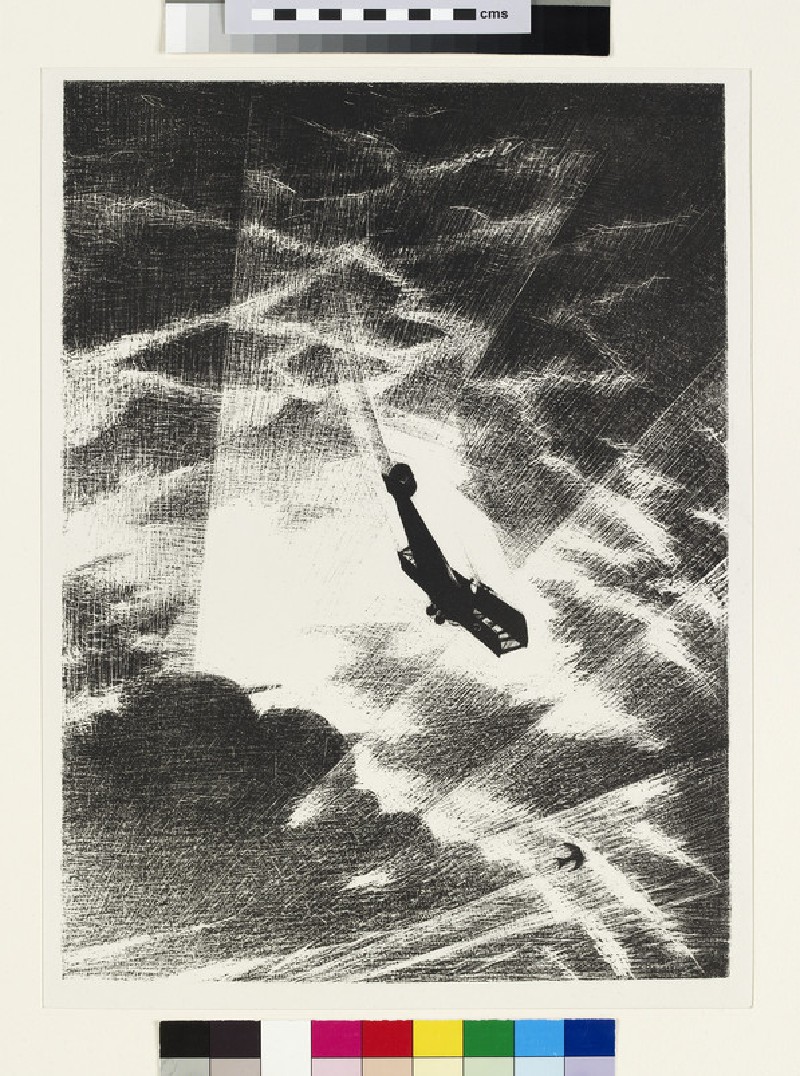 Christopher Nevinson (1889–1946) provided six lithographs on the theme 'Building Aircraft' for the Efforts and Ideals series, and three of the works show planes in the air. Here we see a British aircraft taking a death-defying dive after a German plane spotted below, against a dramatically lit sky. Developed in 1909 and first flown in 1910, the Taube (ironically meaning 'dove') was the first type of plane to bomb Paris in August 1914. Taubes also escorted the Zeppelins on their bombing raids over London.