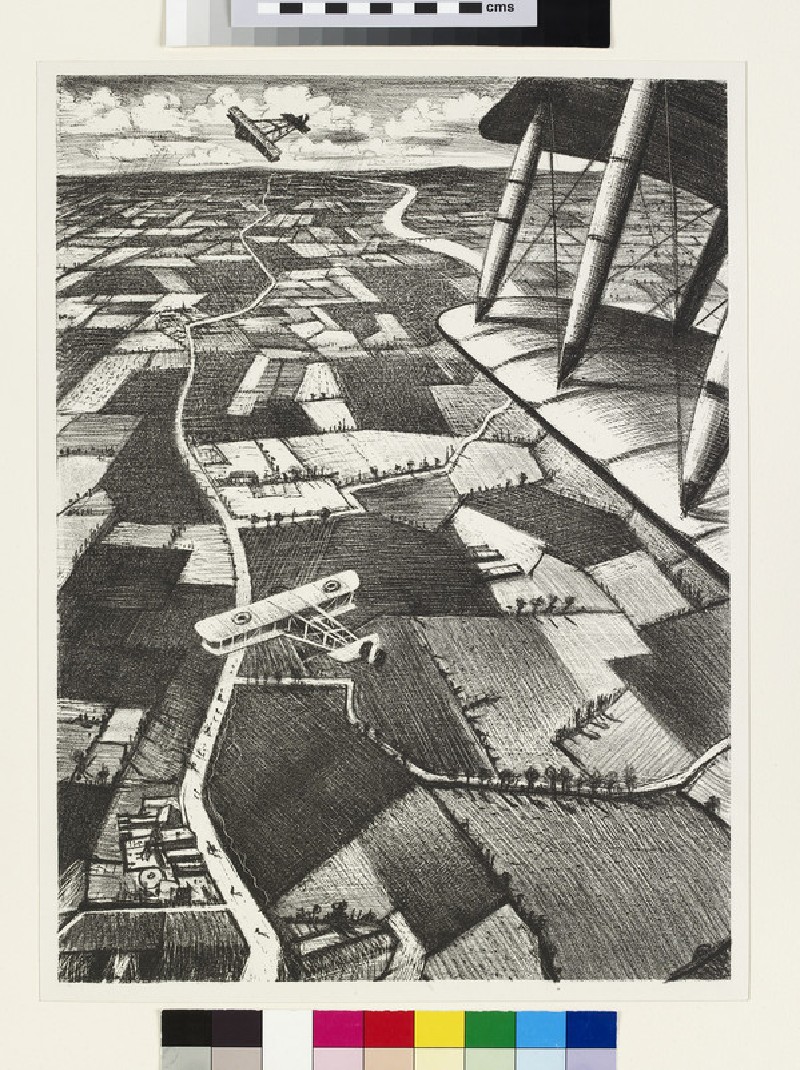 As planes took to the air, the world was being seen from entirely new angles, inspiring artists to experiment and to depict landscape in new, unexpected ways. Here the abstract patchwork of fields is laid out under the wing of a military aircraft, the sharp angles of the composition emphasizing the dizzying height of the plane. While many works by Nevinson have a Futurist flavour in this period, including Swooping Down on a Taube, three of his six designs for the Efforts and Ideals ('Building Aircraft') series are more realistic in style.