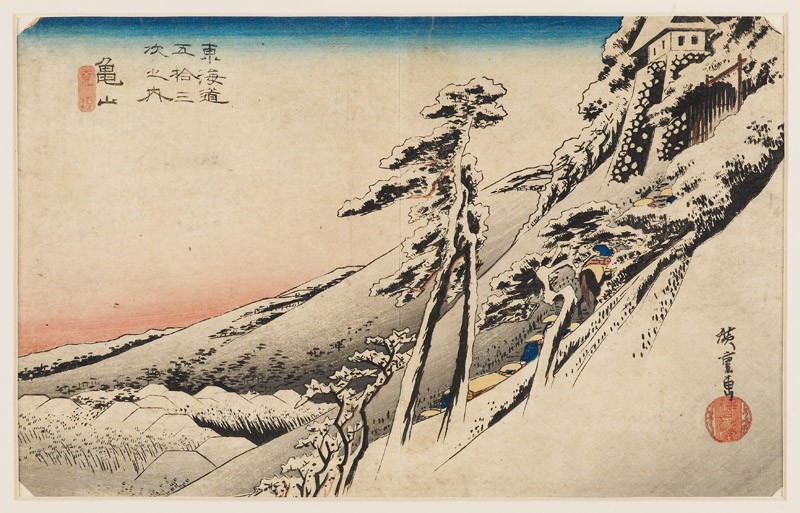 A line of travellers, probably part of a daimyō procession, makes its way up a steep hillside towards the castle, heads just visible on the snowy mountain path. A number of prints in this series included figures almost hidden in the landscape; the surprise of discovery must have added to the viewer’s enjoyment of the print. The dramatically cropped castle towers over the houses in the valley below, emphasizing the steepness of the ascent.