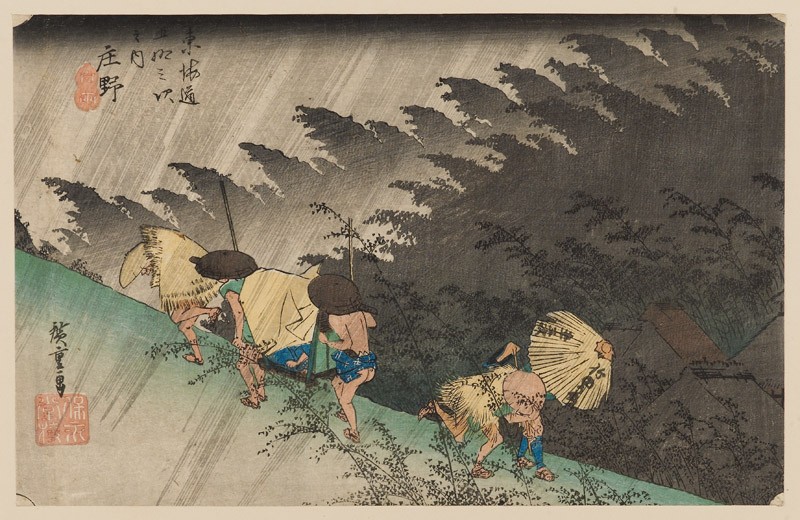 This print, one of Hiroshige’s best-known works, depicts travellers caught in a summer rainstorm. The composition makes clever use of diagonals to emphasize the strength of the wind and driving rain, while the shading and tonal variation of the black ink in the background skilfully expresses the intensity of the storm. The print was enormously popular and was reissued countless times. Printers varied pigment colours and the degree of bokashi gradation to achieve different atmospheric effects.