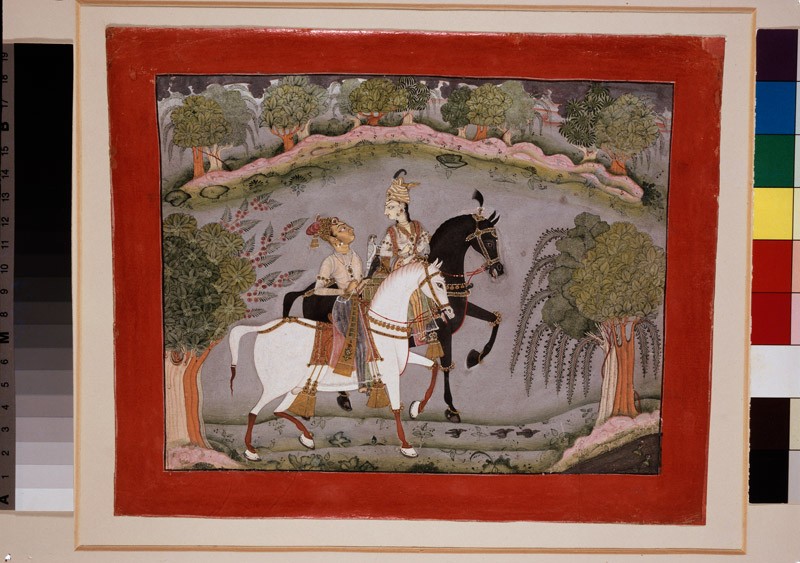 The legendary love between the 16th century Sultan Baz Bahadur of Malwa and his Hindu mistress Rupmati became a popular theme of painting in the later Mughal period. The lovers are often shown riding together, with Baz Bahadur carrying a hawk.