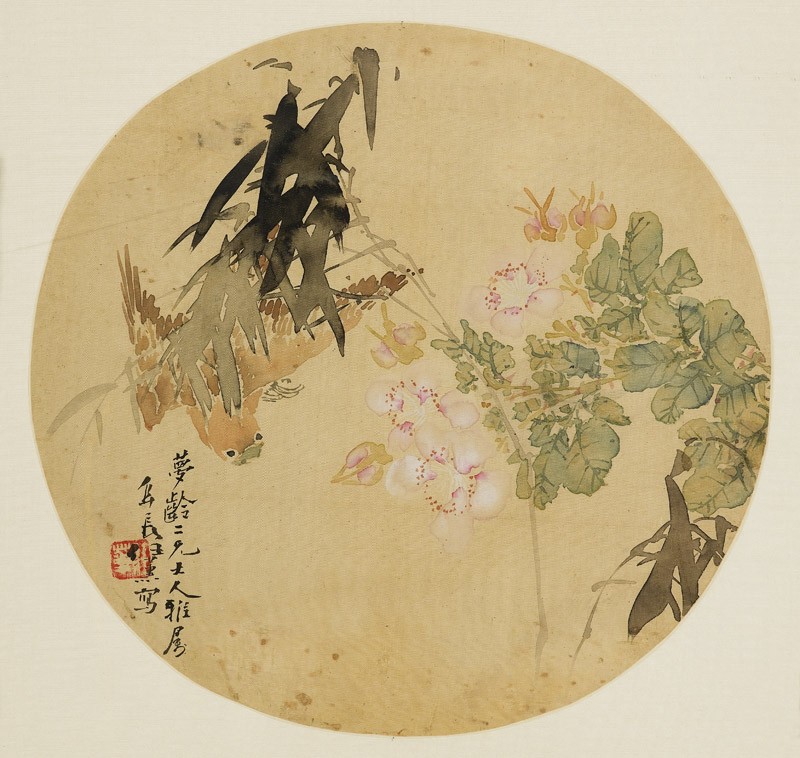 Among the artists who were based in the Shanghai area in the 19th century, four professional painters with the surname Ren (Ren Yi, Ren Xun, Ren Xiong, and Ren Yu) formed the heart of the emerging Shanghai school. Ren Xun (1835-1893) was one of them. To please their patrons, the Shanghai school painters tended to display great versatility in their choice of more accessible subjects, such as figures, birds, and plants. Ren Xun started to make a living by selling his paintings before he was in his twenties. He was famous for his excellent techniques with colours, which had a commercial appeal. In this fan painting addressed to a gentleman named Mengling, Ren used colour washes and broad brushwork to depict a bird and flowers in the manner of 'mogu', to paint without outlines, also known as boneless technique. The inscription reads 'Painted at the request of the esteemed Mengling.'