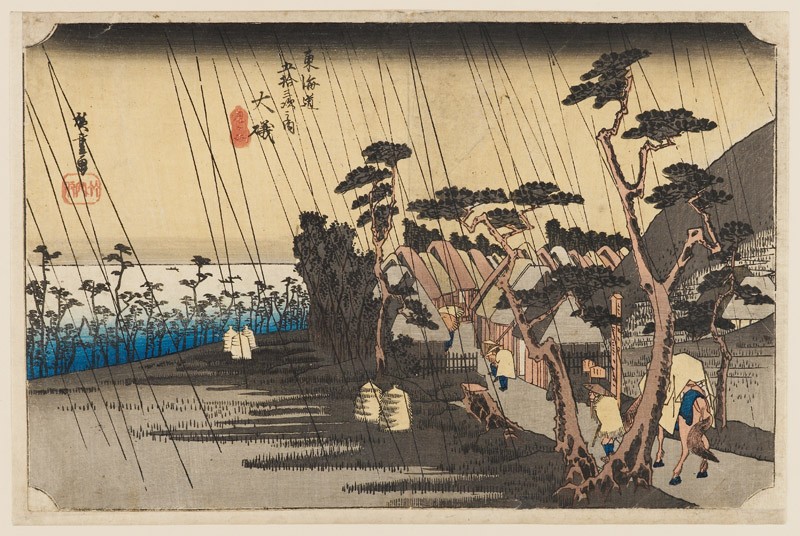 The title of this print refers to a twelfth-century courtesan Tora Gozen. She was the mistress of Soga no Jūrō, the elder of two brothers who killed the lord Kudo in 1192 to avenge the death of their father. According to legend, when Jūrō successfully avenged his father’s death, Tora Gozen wept and her tears were transformed into rain, known as ‘Tora’s Rain’. Appropriately, the travellers here approaching the seaside station of Ōiso are caught in a heavy downpour.