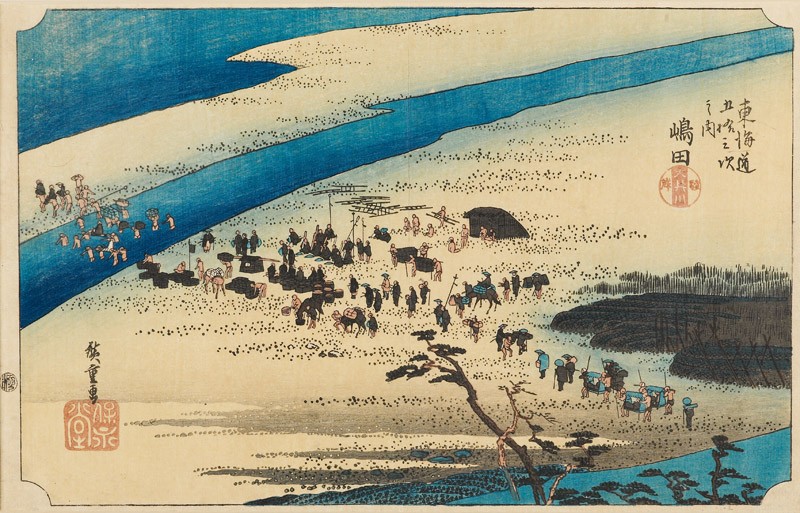 A daimyō procession begins to cross the Ōi River. During the Edo period the government restricted the number of permanent bridges over major rivers, as a means of preventing easy access to Edo by enemy forces. Local porters – the figures in loincloths here – could be hired to carry people and luggage through the water. This print has a pronounced bird’s eye view, reminiscent of the printed travel guidebooks to which Hiroshige looked for inspiration.