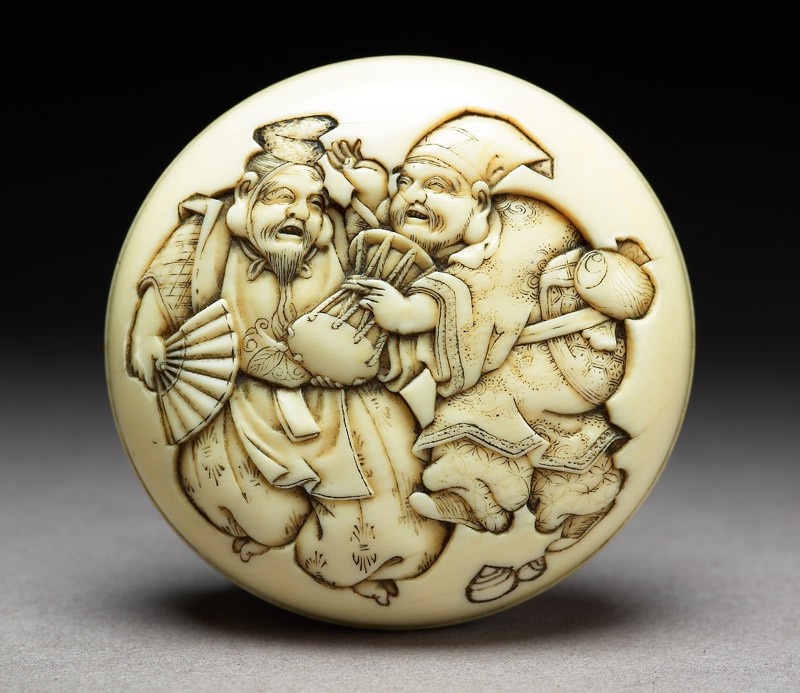 The manjū is a type of netsuke or toggle which takes its name from a round, sweet, bean paste-filled bun. A greater dynamism can often be achieved on the front and back of the netsuke than with other three-dimensional carving.

Manzai dancing originated in China and has been performed in Japan since the eighth century. Traditional manzai had two representatives from a shrine or temple. One of them played the ‘wit’ and the other the ‘straight man’.