Tray with two sparrows on a branch 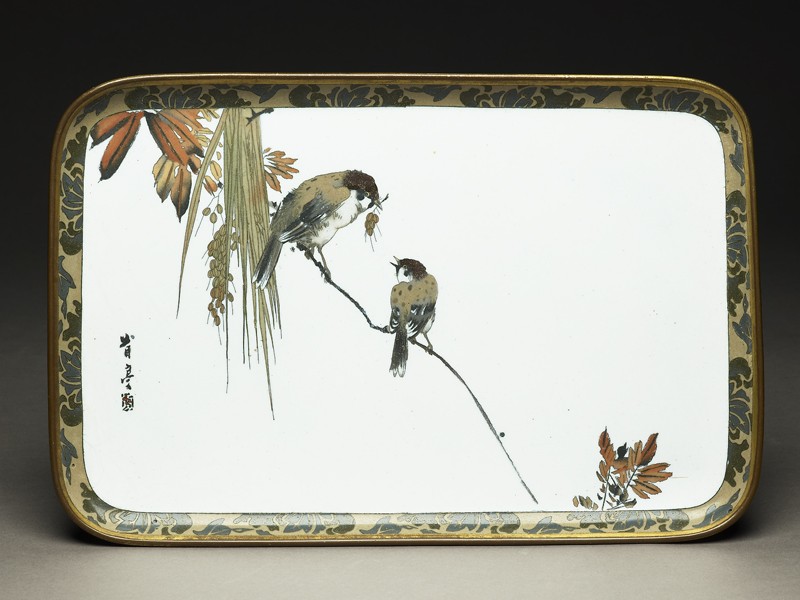