Woman and child holding a kimono 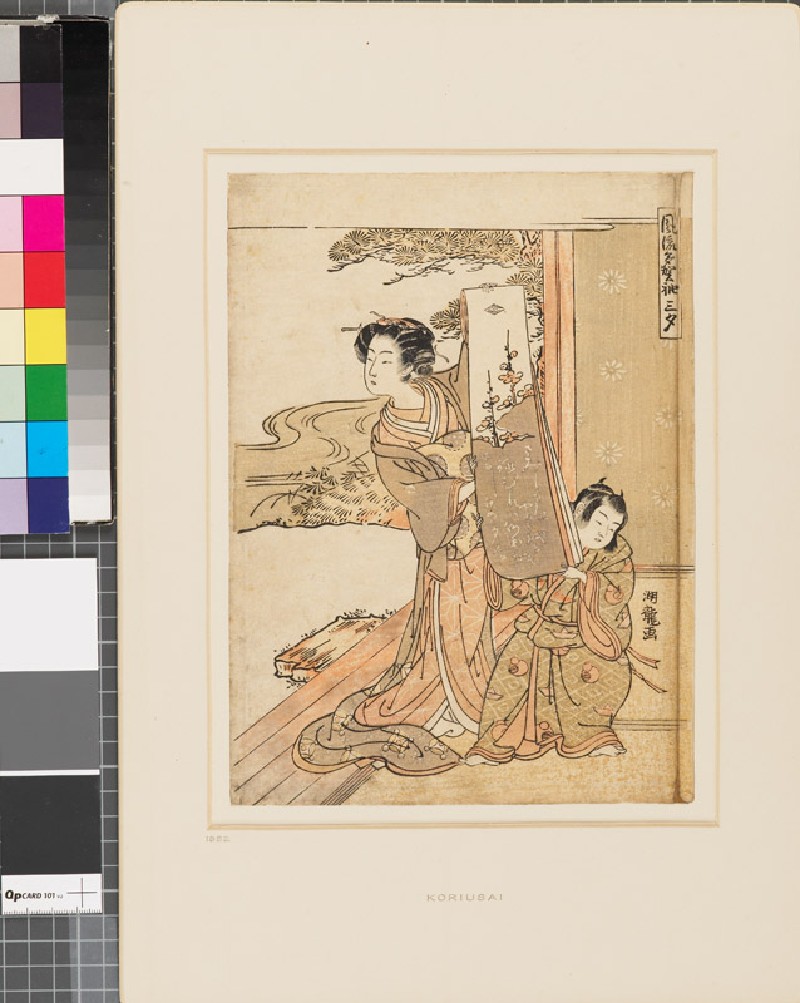