Textile fragment with grid of diamond-shapes 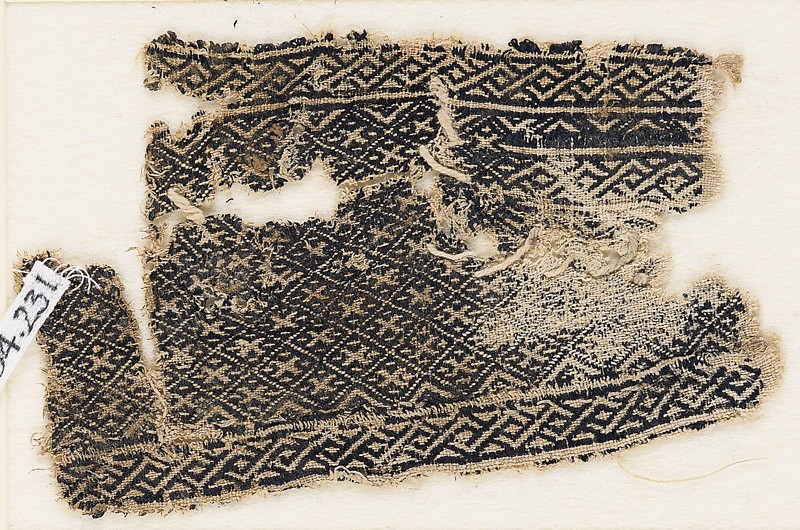