Textile fragment with bandhani, or tie-dye, imitation and rosettes 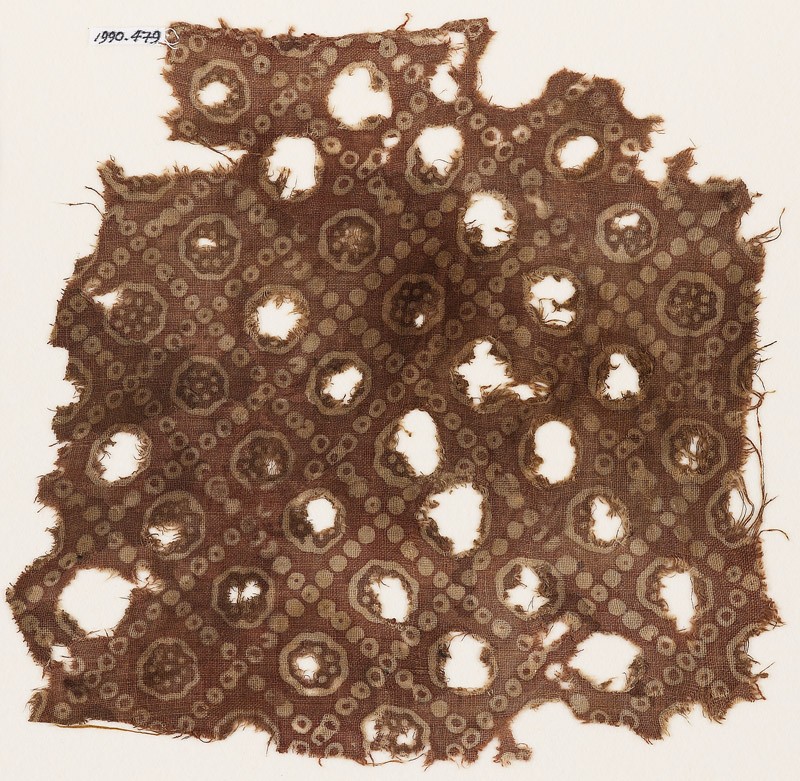