The sages Kanzan and Jittoku looking towards a poem 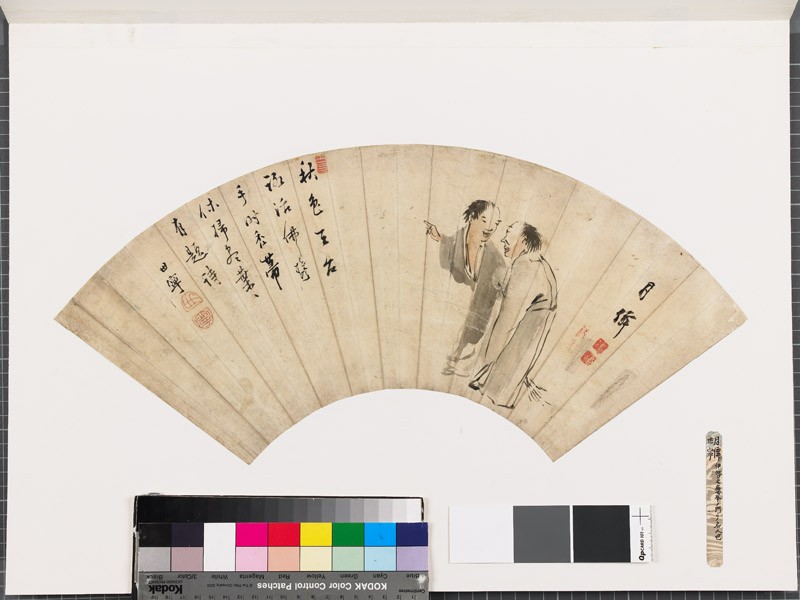