Relief depicting two deities with a staff, purse, and cornucopia 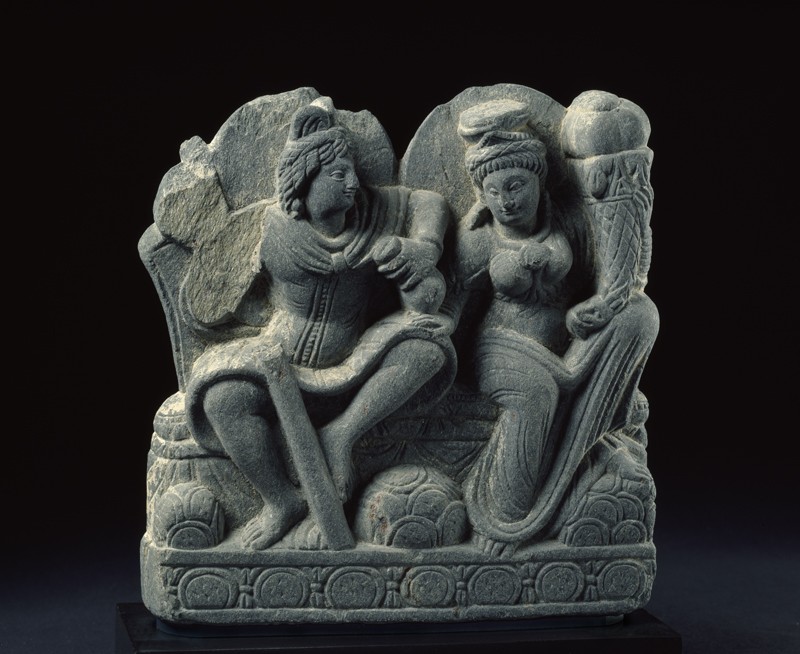