The warrior-monk Negoro no Komizuchadefending himself with a pole 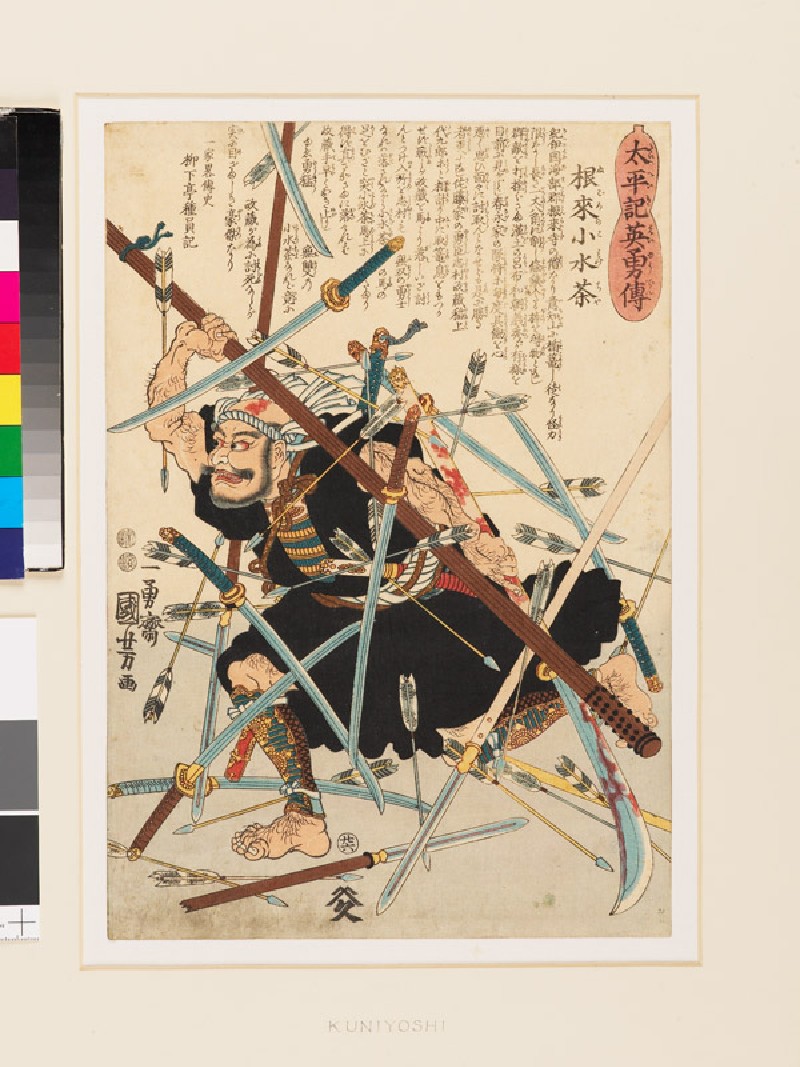 Japanese warrior-monks were known for their skills in martial arts. This is the monk Komizucha from the Negoro monastery, wearing his monastic habit over a foot soldier’s uniform and a headband instead of the usual cowl. The scene is based on an incident that took place during a long siege held at the Ishiyama Honganji temple in Osaka between 1570 and 1580. The fearless Komizucha charges into battle with his enormous club while swords and arrows rain around him, but is eventually killed and the temple burned to the ground.