Bird on a branch 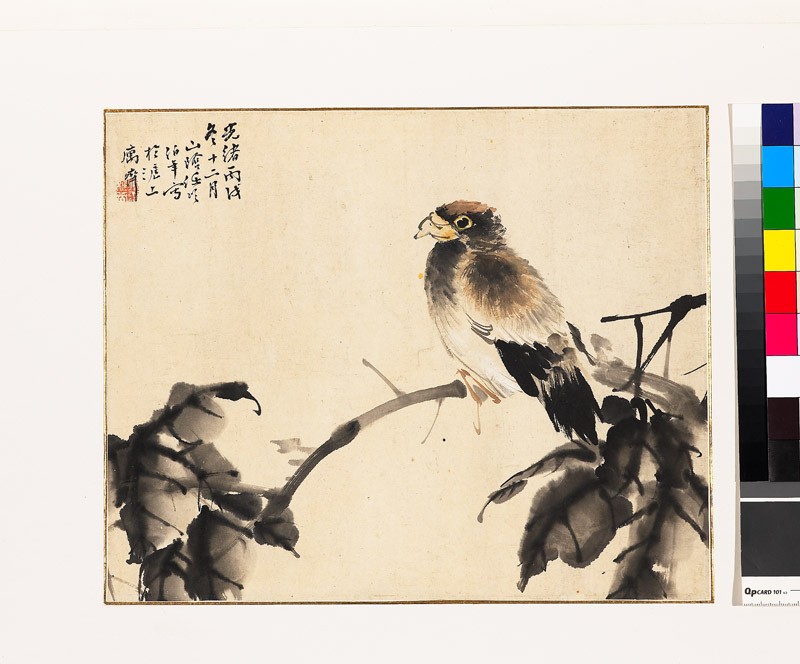 Ren Yi (1840-1895) was the most successful and influential of the 'Four Rens', four artists with the surname Ren in the Shanghai school. He was born into a family who did portrait painting for a living, and therefore managed to build up a firm foundation of painting techniques when he was a child. Ren Yi roamed the Lake Tai area during his twenties and learned painting from famous artists such as Ren Xiong (1820-1857), Ren Xun (1835-1893), and Wu Changshuo (1844-1927). In 1863, Ren Yi moved to Shanghai, where he became a very well received artist.
Ren Yi's early flower-and-bird paintings are characterised by the gongbi fine brush style. After 1880, he turned to a more succinct and powerful style after Zhu Da (Bada Shanren) (c.1626-1705). This painting, dated to 1886, demonstrates this transition in his style - the bird was finished with ink in different tones and only slight colour.