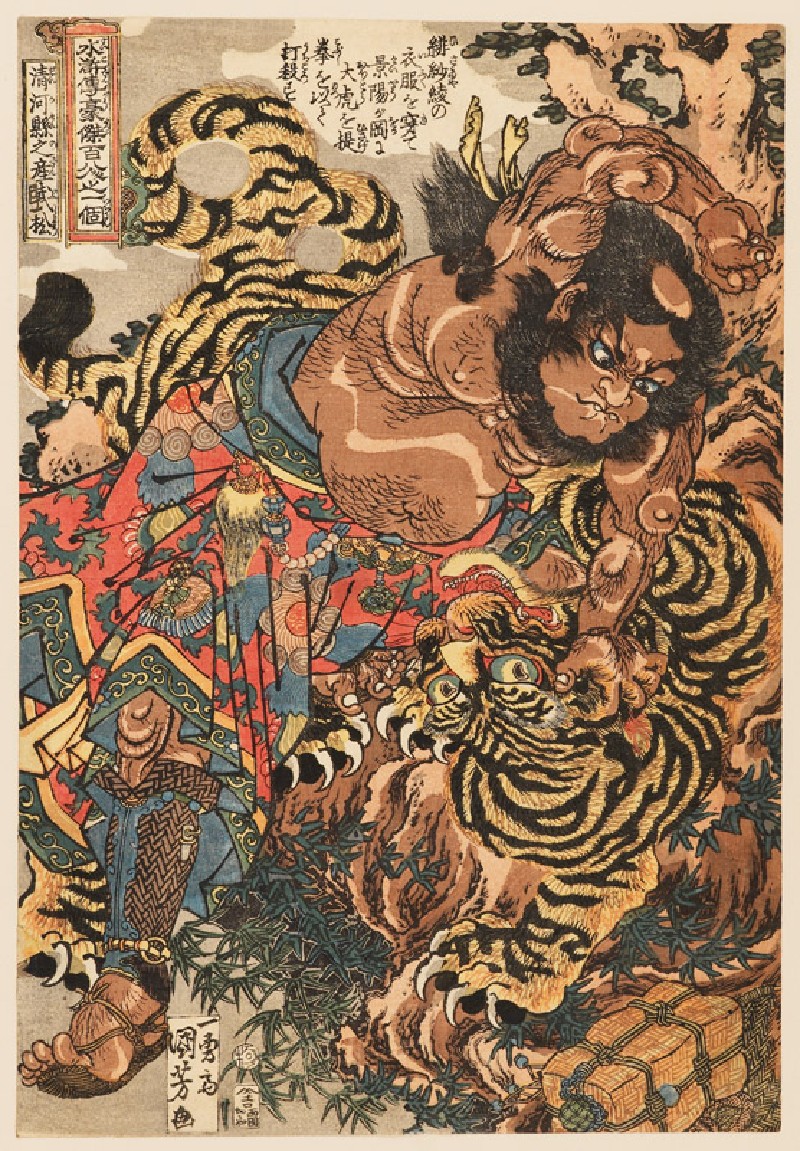 The Suikoden (Tales of the Water Margin) is the Japanese translation of a Chinese novel about a band of brigands fighting against the corruption of their rulers. The story became popular in Japan in the nineteenth century. Sanbushō (Chinese: Wu Song) thought he had killed a man in his village, so went into hiding for a year in a nearby province. He was evicted from his lodgings for drunken behaviour and was returning home at night along a lonely mountain path when he was attacked by a tiger. Despite being inebriated, he fought the animal and eventually managed to kill it with one blow of his huge fist. This scene is also depicted on the netsuke EA2001.109.