Bridge and buildings in a mountainous background, with poem on the reverse 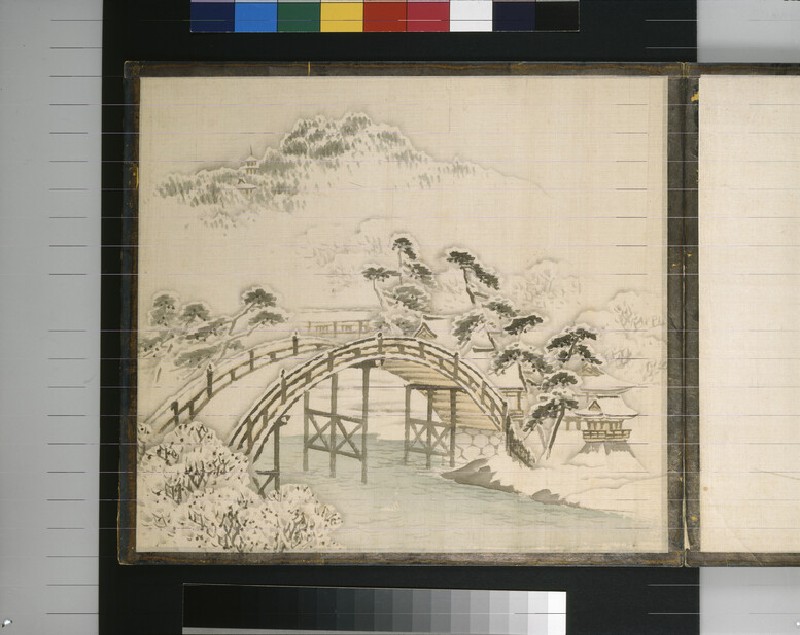 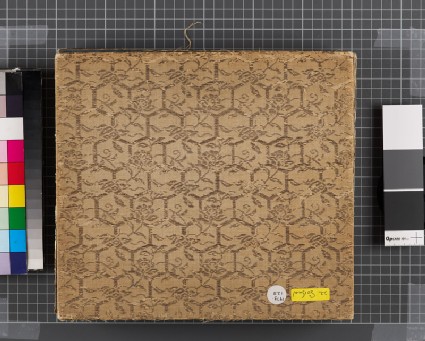