Mynah birds on a willow tree 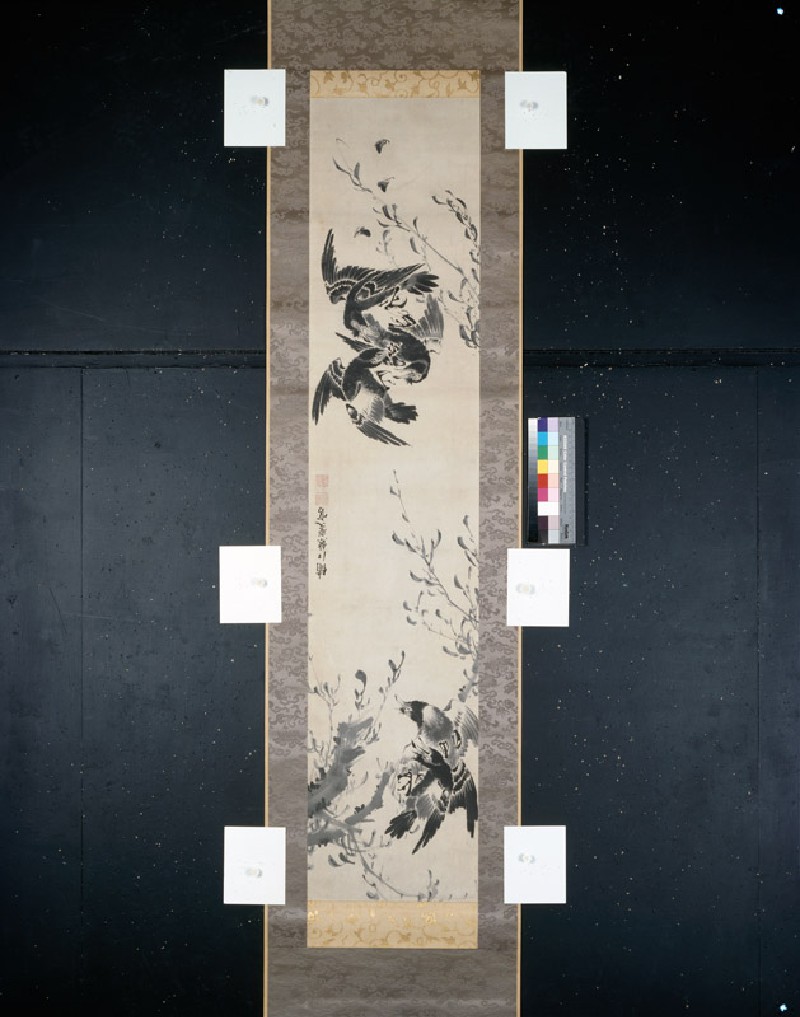