Tsuba in the shape of a bird and with karahana, or Chinese flowers 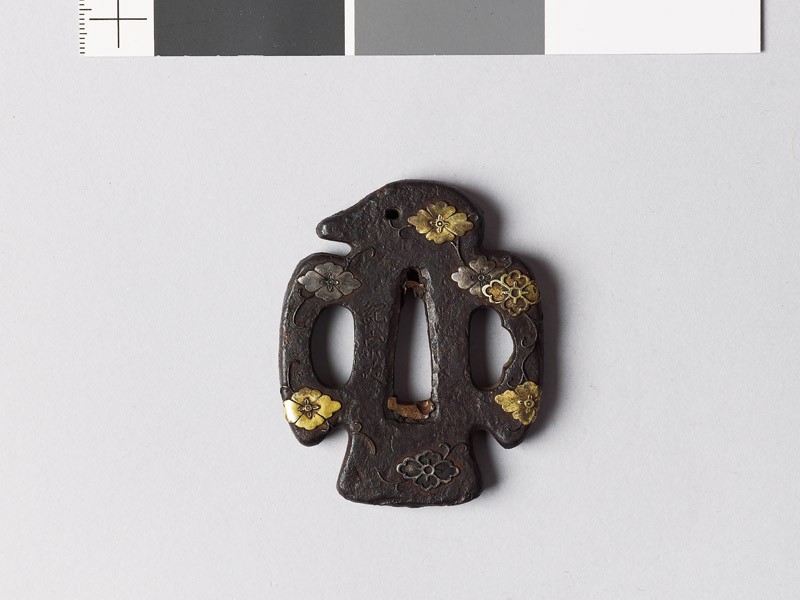