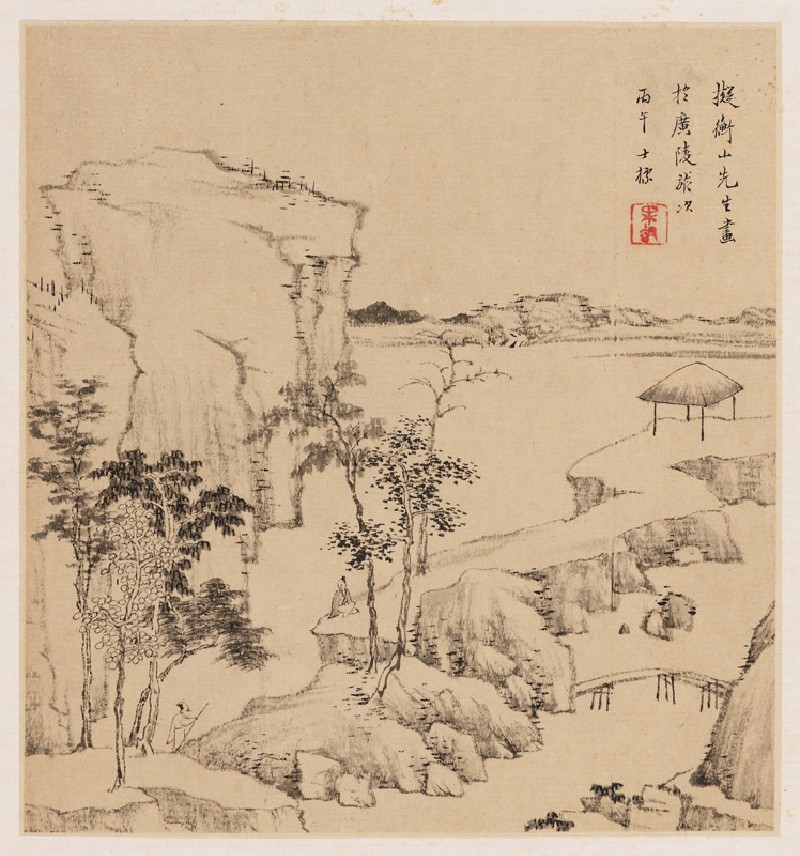 From the 1670s onwards Zha Shibiao lived in Yangzhou. His family owned collections of paintings and bronzes, and he himself was a connoisseur. In painting he followed his contemporary Hong Ren (1610-1664) and master from the Yuan dynasty, Ni Zan (1301-1374). According to the inscription, this particular painting is after Wen Zhengming (1470-1559), also known as Hengshan xiansheng, and was painted during a trip to Yangzhou in 1666.