Textile fragment with circles and quatrefoils 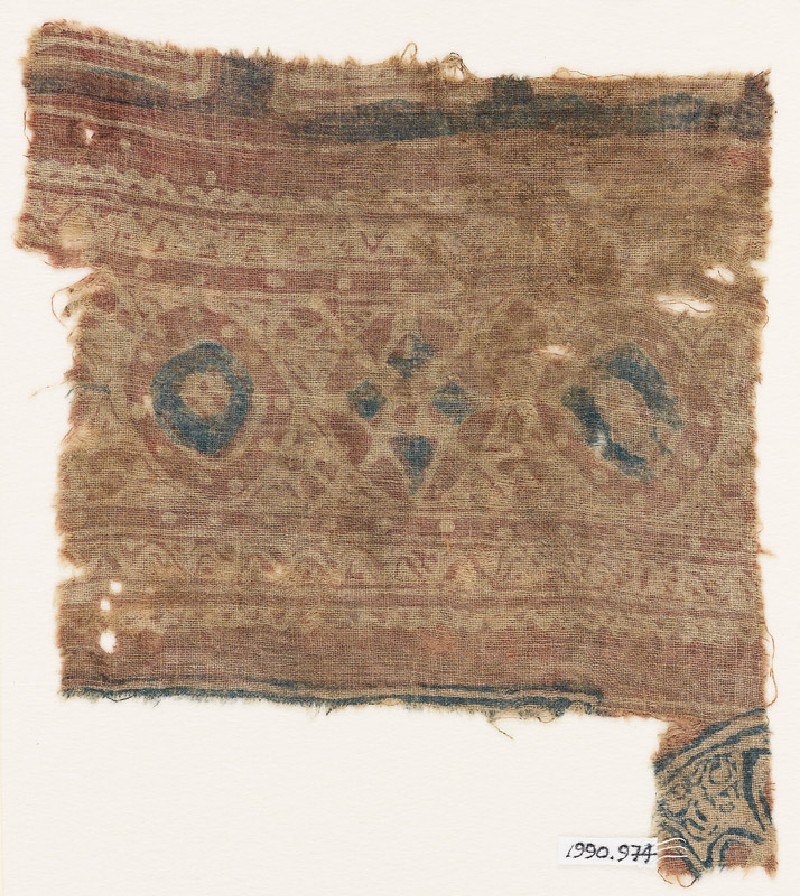