Textile fragment with arches or stupas, and arches probably based on kufic script 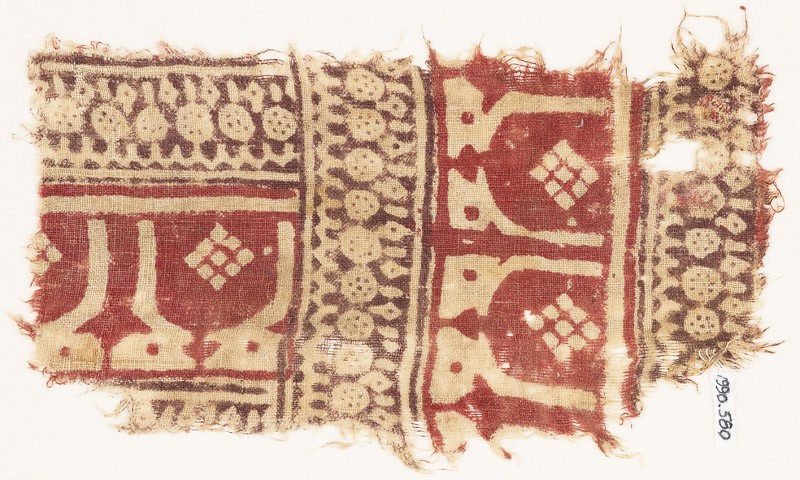