Textile fragment with an elaborate quatrefoil and tab-shapes 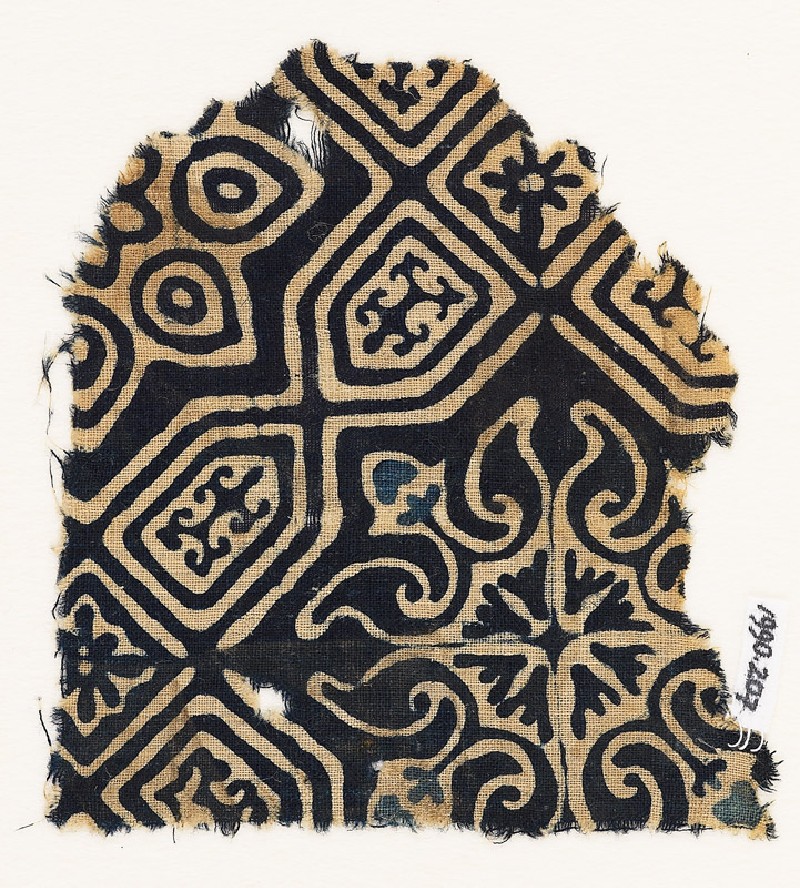