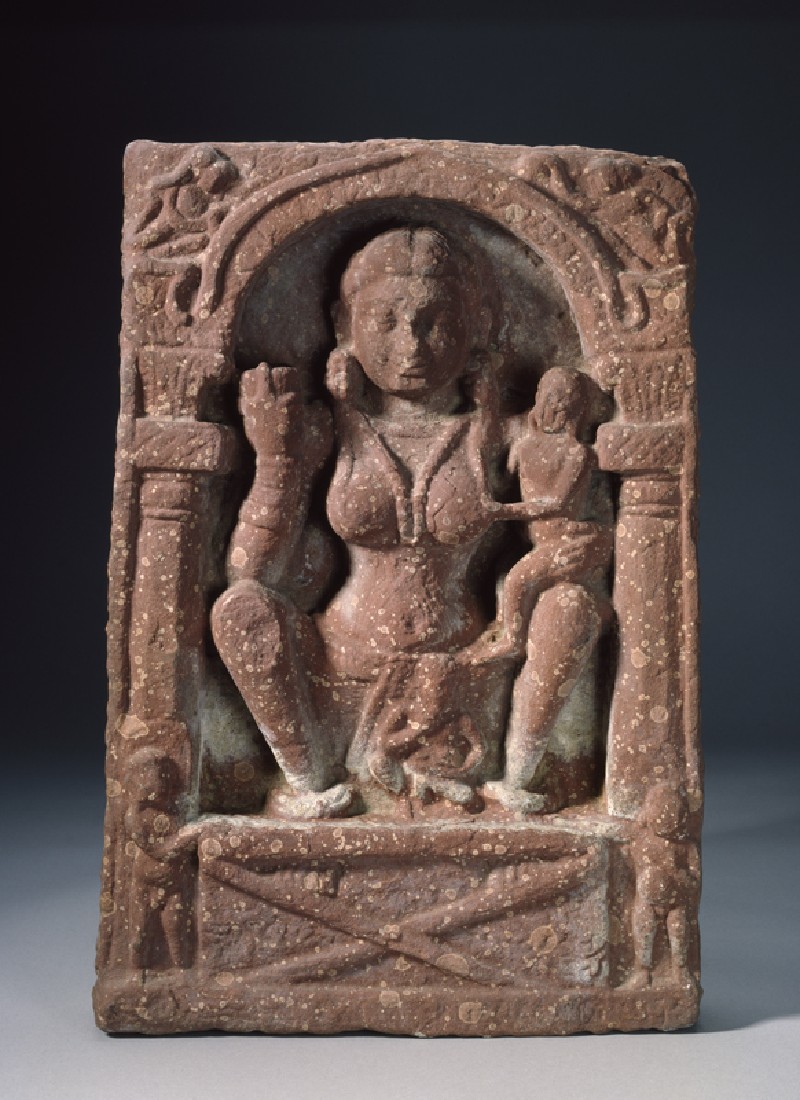 Hariti was invoked as a protectress of children, particularly from smallpox. She is shown with a child on her knee.