Textile fragment with bands of squares, diamond-shapes, and rosettes 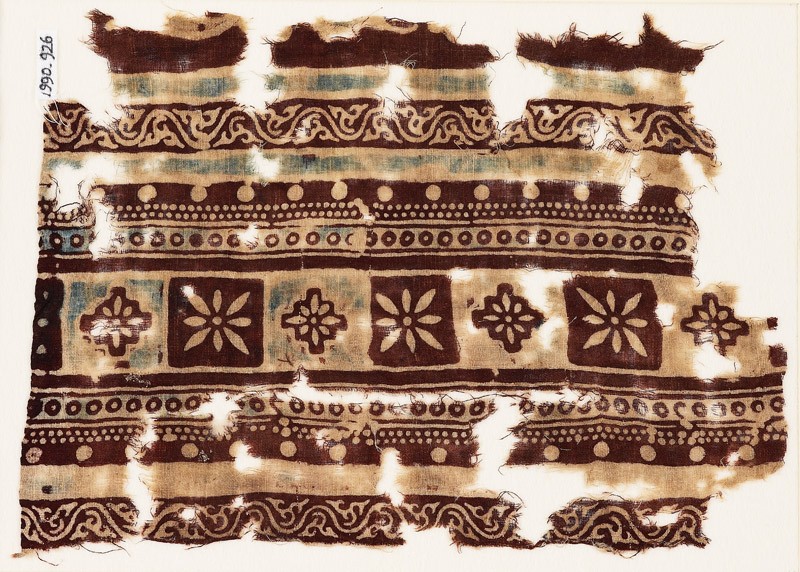