Lovers by a lotus pool 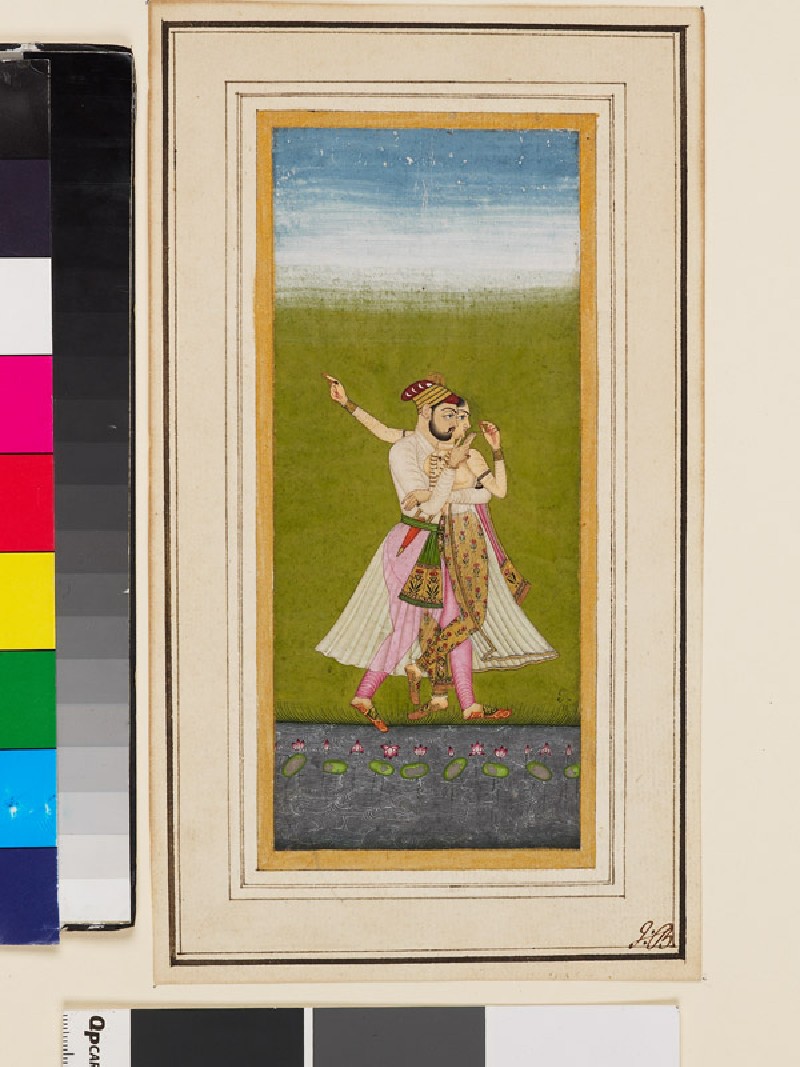