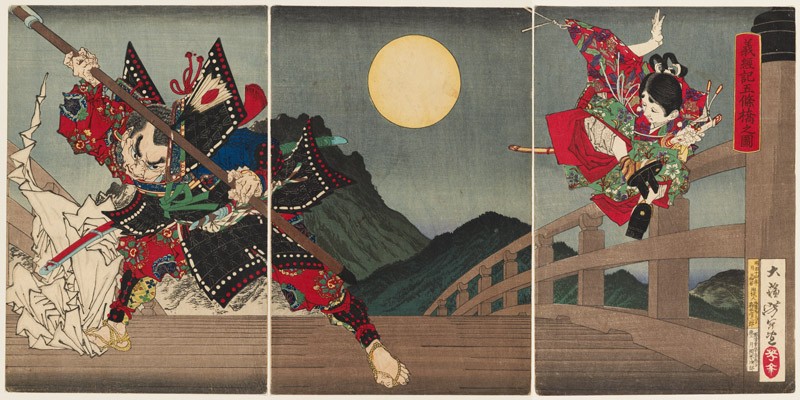 Beneath a full moon, the agile young Minamoto no Yoshitsune, trained in martial arts by the tengu demons, leaps over the warrior-monk Benkei’s halberd on the Gojō Bridge in Kyoto. Benkei, who is collecting by force 1000 swords from innocent passers-by, has met his match. He has managed to remove Yoshitsune’s white silk overgarment used as a disguise, but cannot defeat the youth. Benkei was so impressed with the young warrior, that he swore allegiance to Yoshitsune and they remained inseparable until death. This scene is also depicted on the netsuke EA2001.51.