Portable shrine of Vishnu as Venkateshwara 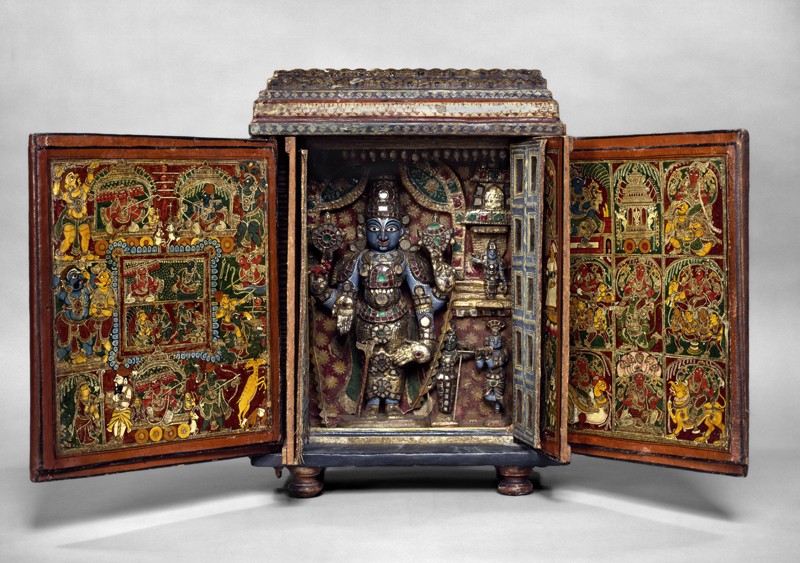 Portable shrines of this kind were used by travelling priests who narrated the stories of Vishnu and his incarnations. The shrine has extendable folding doors painted with scenes of Vishnu in his various forms, the stories of Rama and Krishna and other subjects.