Tsuba with characters and flowers 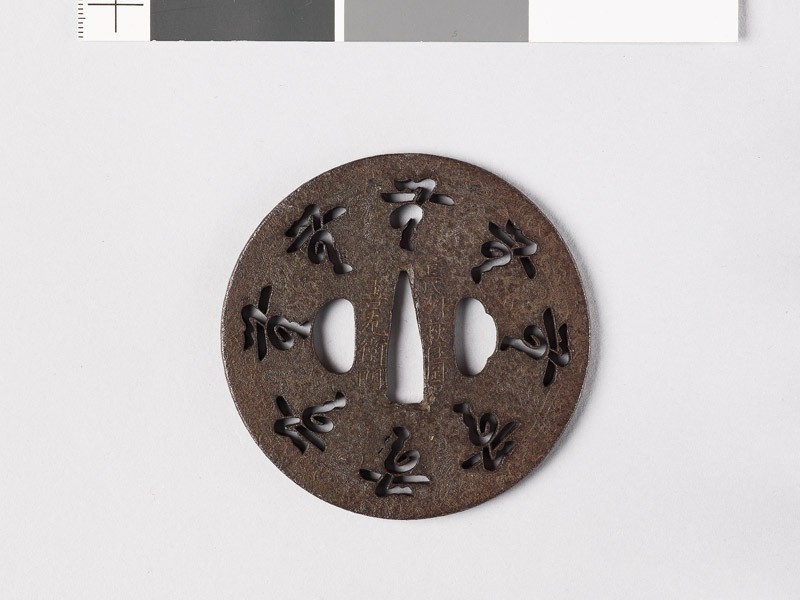