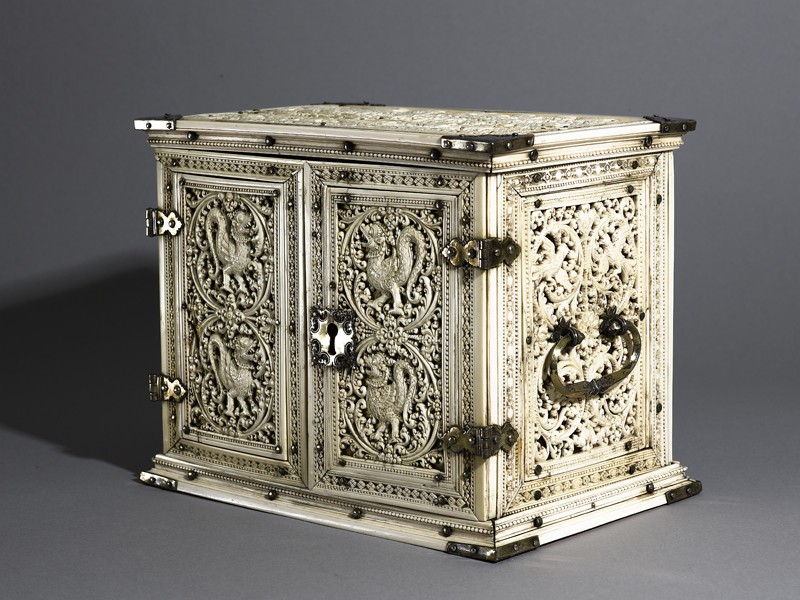 The Dutch East India Company maintained a number of trading posts in India and Ceylon (now Sri Lanka) as part of their Asian network in the seventeenth century. Local wood and ivory craftsmen were able to produce fine furniture, European in form but richly hybrid in decoration, either for local Company officials or for export.

The top panel of this cabinet shows a Dutch party being received among the huts and palms of a seaport in Ceylon, while their ships ride at anchor. The back shows the climax of an elephant hunt, with six wild elephants penned in a stockade and European soldiers in the foreground. The door panels have pairs of a lion-headed variant of the auspicious hamsa bird, a common motif in the later ivory and metalwork of Ceylon. Traditional foliated scrollwork, with parrots and lion-headed serapendiyas (mythical creatures), appear on the front and side panels.