Tsuba depicting a Chinese emperor, his attacker, and a dragon 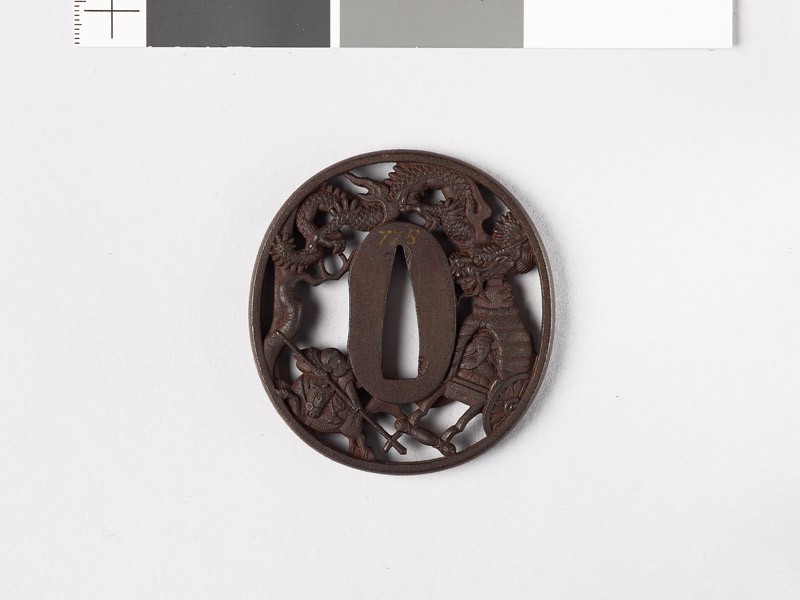