Horses at a fence 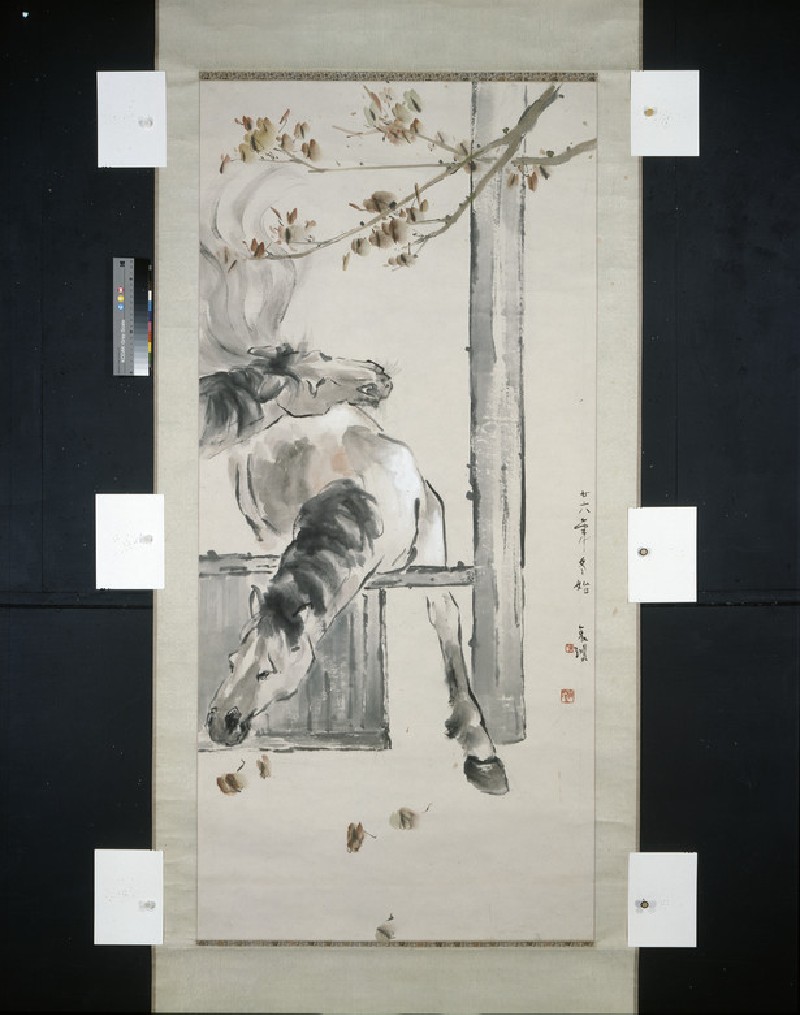 Huang Aihong was born in Guangdong province and studied at Gao Jianfu’s (1879-1951) Chunshui Art Studio. The Chunshui Art Studio was established in 1923. Many Lingnan School artists, such as Guan Shanyue (1912-2000), Li Xiongcai (1910-2001), and Fang Rending (1901-1975) also studied there. This exhibition includes some of their works.
It is said that Huang Aihong was one of the most talented students of Gao Jianfu, excelling at painting various subjects including landscape, flowers, and birds. Unfortunately he died at a young age and this painting, dated to the last year of his life, may be one of his last works.