Mokkō-shaped tsuba depicting a sennin, or Taoist hermit, carrying a peony flower in a basket 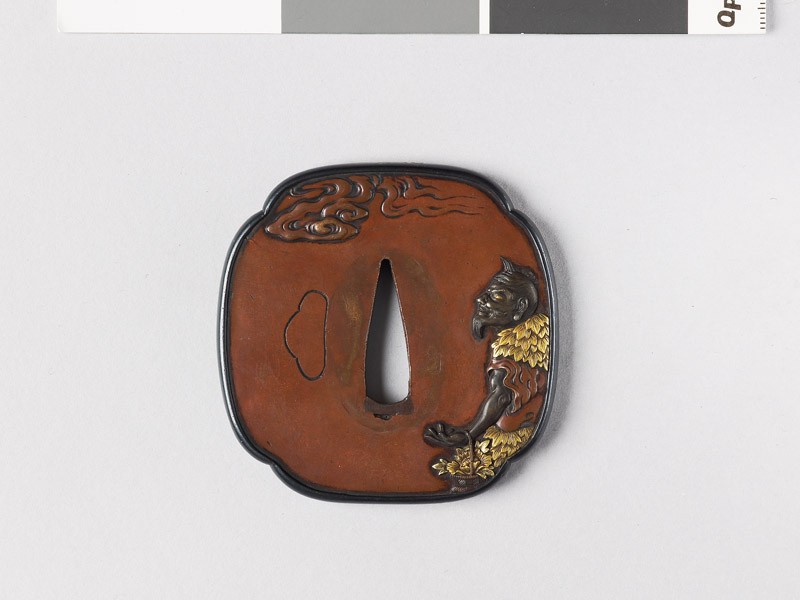