Textile fragment with bands of arches, a vine, a circle, and poles 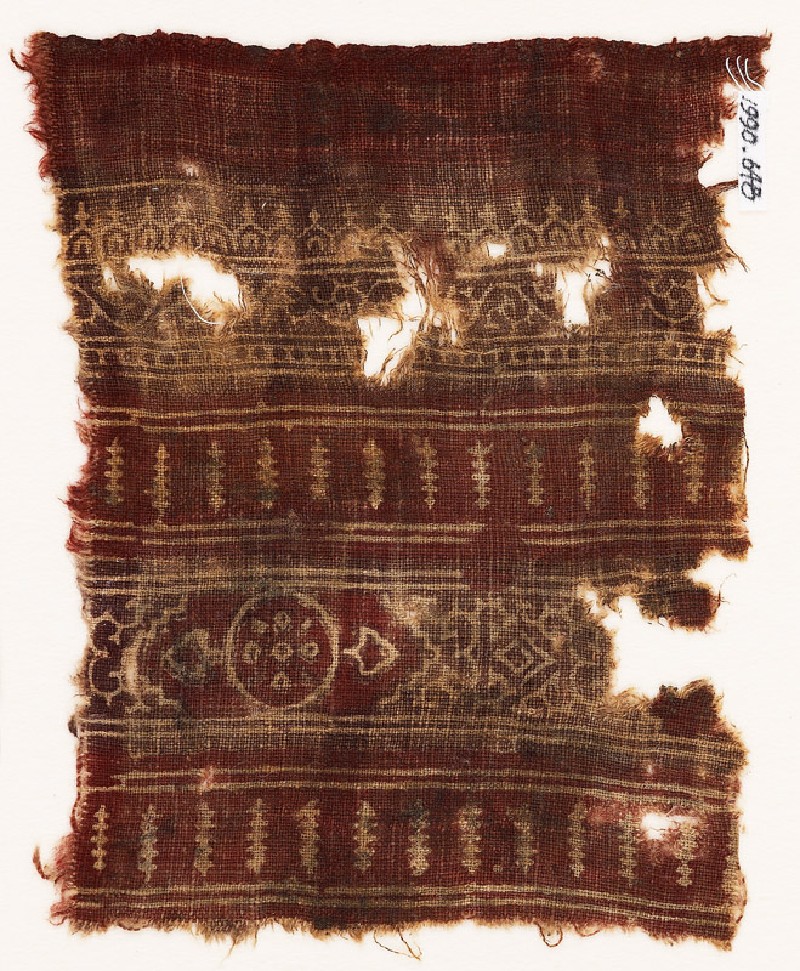