Textile fragment with blazons and remains of naskhi inscription 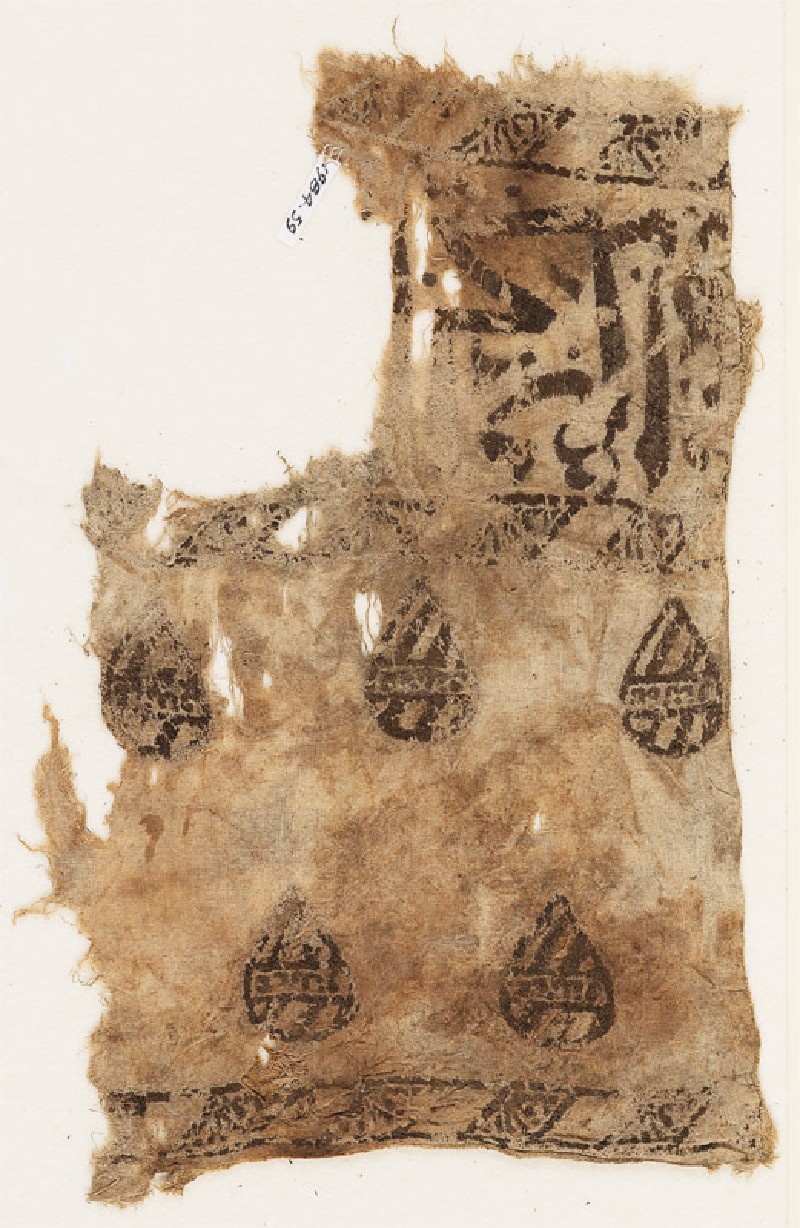