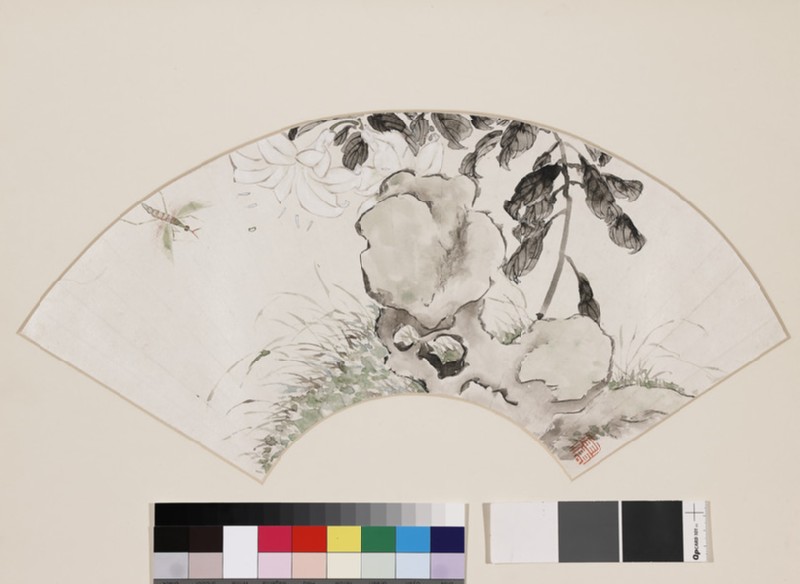 The seal on this fan painting probably reads Baoru. This artist is not recorded. The plants depicted here, however, bare similarities to the work of the Ju brothers and their pupils, Ju Chao (1811-1889) and Ju Lian (1828-1904), in Guangdong province. The Ju brothers named their house and studio as Shixiangyuan, which translates as the Garden of Ten Fragrant Flowers, as many different flowers were cultivated there by them, not only for appreciation but also for the students to practise painting from life.