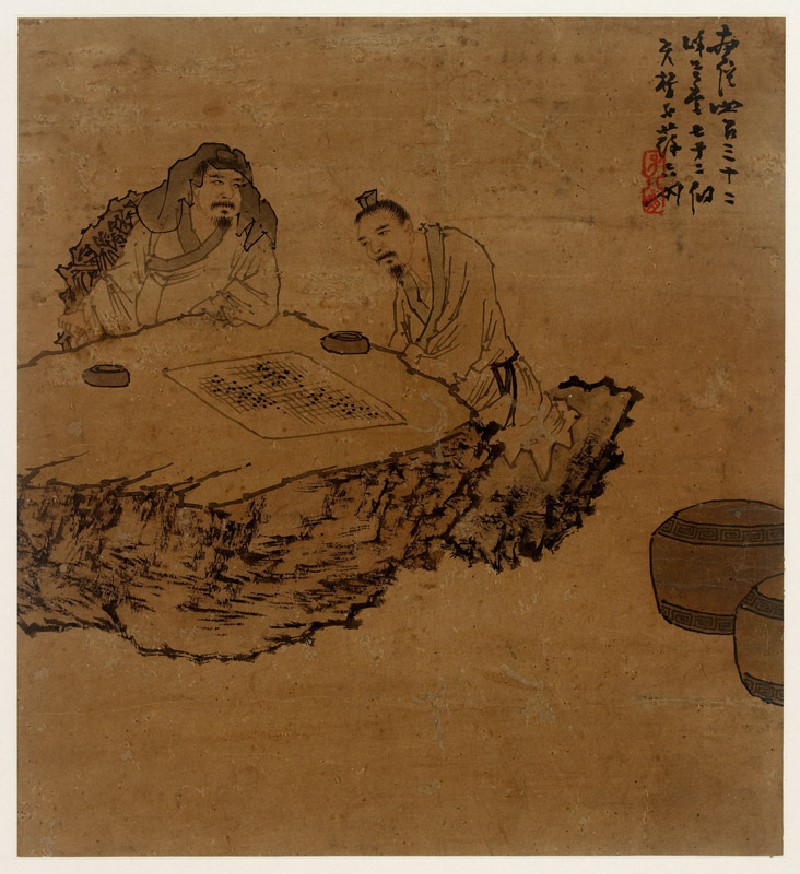 Su Liupeng was an outstanding folk painter in early 19th century Guangdong province. He spent his early years in the Luofu Mountains in eastern Guangdong studying painting under Monk Dekun. This experience laid the foundation for his future painting career. He had some thirty hao (alternative names), such as the Woodcutter, most of which were related to the Luofu Mountains and the famous scenic spots there.

The table and seats in this painting seem to be made of natural raw materials such as wood and stone which could have come from a mountain. Thus this painting may be depicting a scene of the artists’ or his friends’ lives when he was living in the Luofu Mountains.