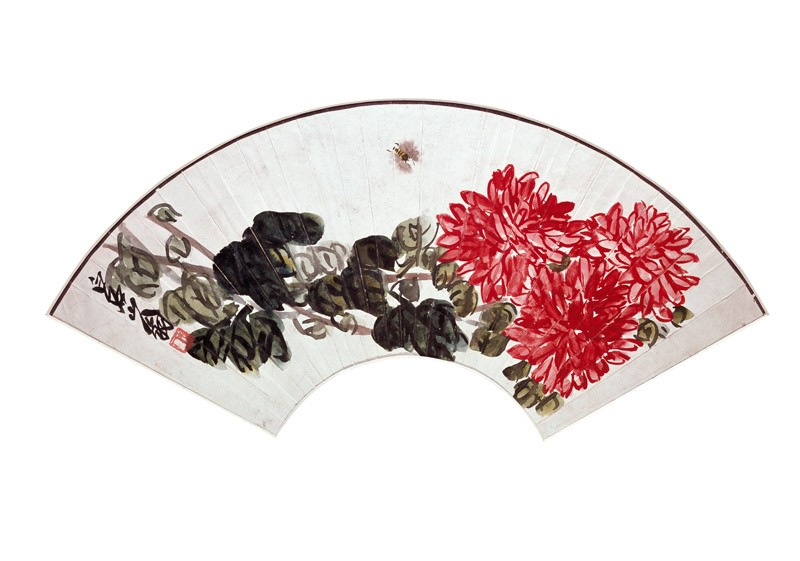 Chrysanthemum exists in various colours including red, yet Chinese paintings rarely depict it in any colour other than yellow. Qi Baishi (1863-1957) is among the few Chinese artists who depicted these flowers in bright and bold colours.
Qi Baishi is one of the most renowned artists of 20th century China. A native of Xiangtan, Hunan province, he was apprentice to a carpenter in his early years and later became a professional painter. He finally settled in Beijing in 1920 and developed his mature, vigorous style. Qi is famous for paintings of plants featuring strong contrasts between ink and colour, and for simplicity in plants and delicacy in insects, as demonstrated in this large fan painting.