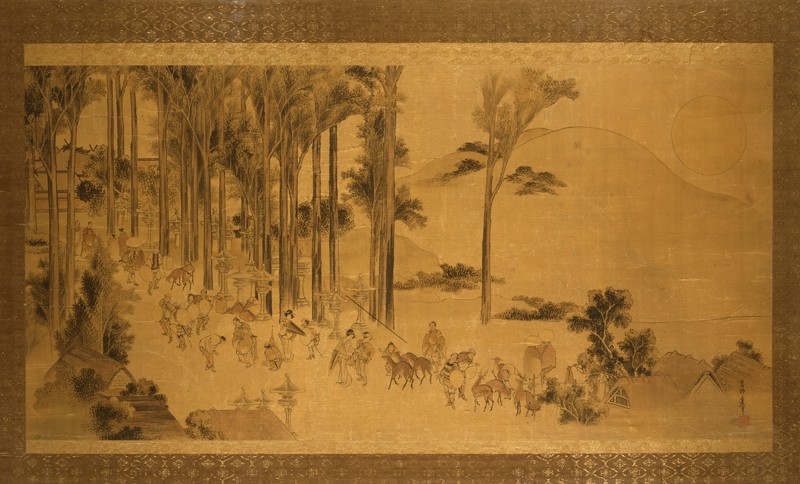 This is one of Hokusai’s rare landscape paintings. Travellers make their way to and from the path leading up to the Wakamiya shrine in the Kasuga Taisha shrine complex in Nara. This style of this painting recalls the landscape print series that Hokusai designed during the same period of his life.