Tsuba depicting Minamoto no Tametomo marooned on the Isle of Demons 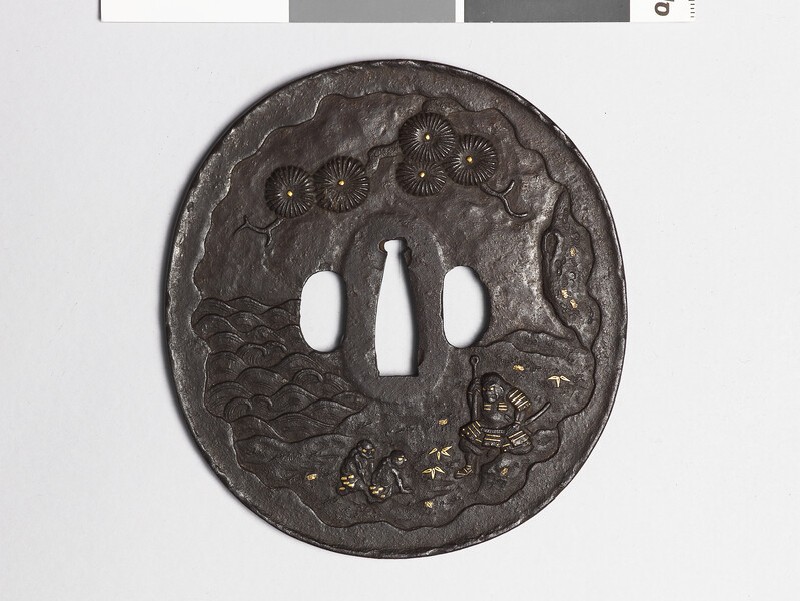