Terracotta head of a monkey 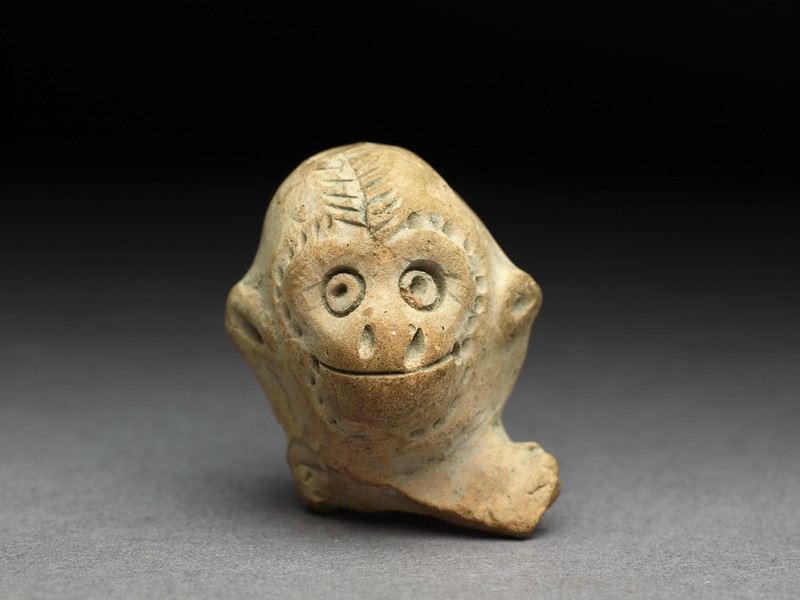