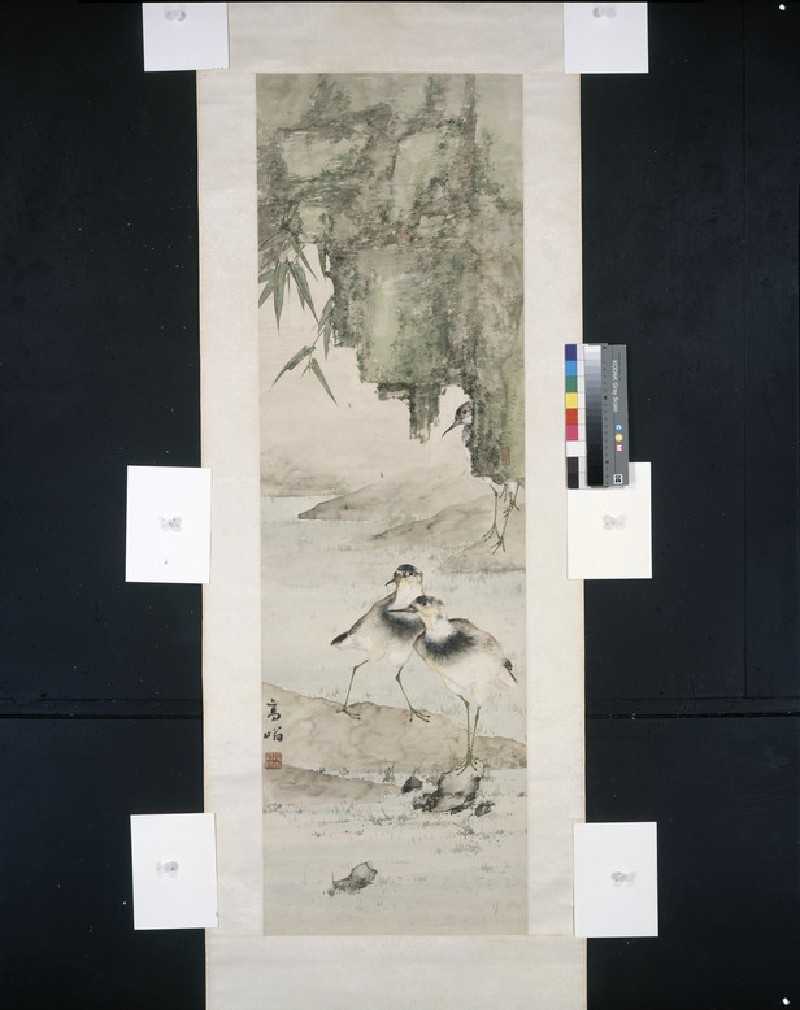 Gao Qifeng was a native of Guangzhou in Guangdong province. Originally named Weng, Gao Qifeng was the younger brother of Gao Jianfu (1879-1951). They were taught how to paint from an early age. Gao Qifeng followed his brother and studied painting in Japan in 1907. He is also acclaimed as one of the "Three Masters of the Lingnan School".

Birds, animals, and flowers are recurring themes in Gao Qifeng’s works. This painting depicts two birds wandering by water. Their feathers and glossy eyes demonstrates the strengths of the artist's skills. There are two more birds hiding behind the plants, making it a rather unusual composition.