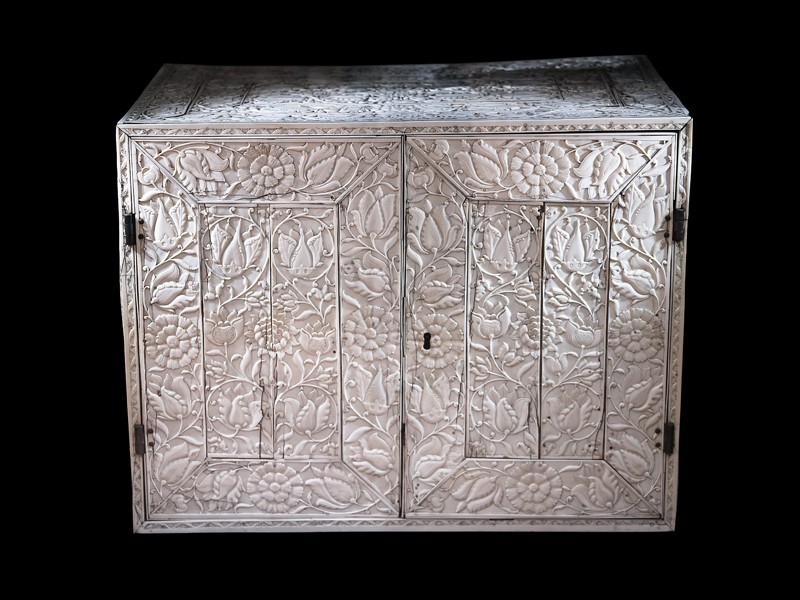 This cabinet was probably made for a Dutch Company official serving on the Coromandel Coast or in Ceylon. Its surfaces are composed of multiple ivory plaques, carved in low relief with a bold floral meander pattern. This large-headed flower design is closer to the European taste than to the local decorative repertoire.