Textile fragment, possibly from a scarf or turban cover 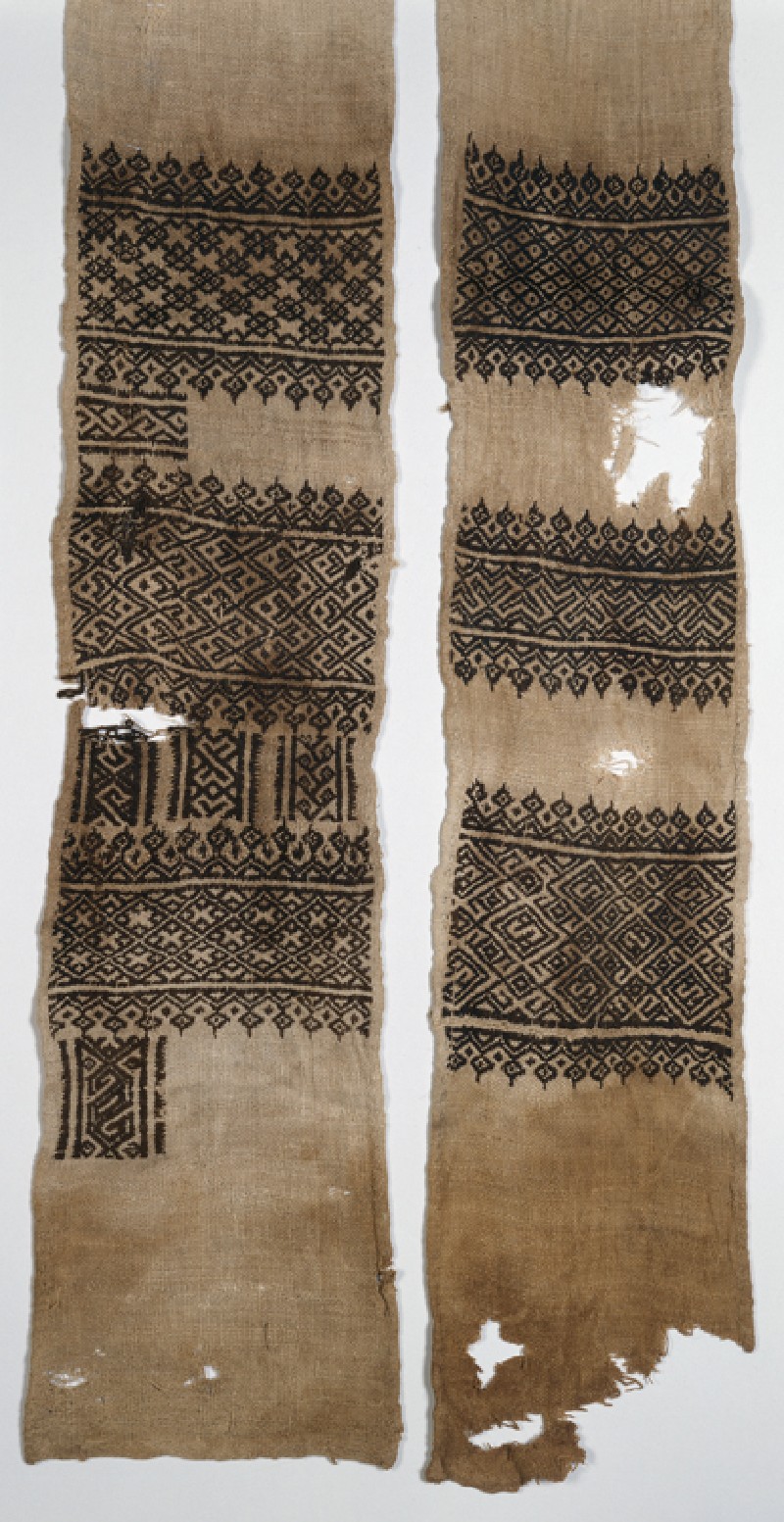