Textile fragment with part of a large circle and leaves 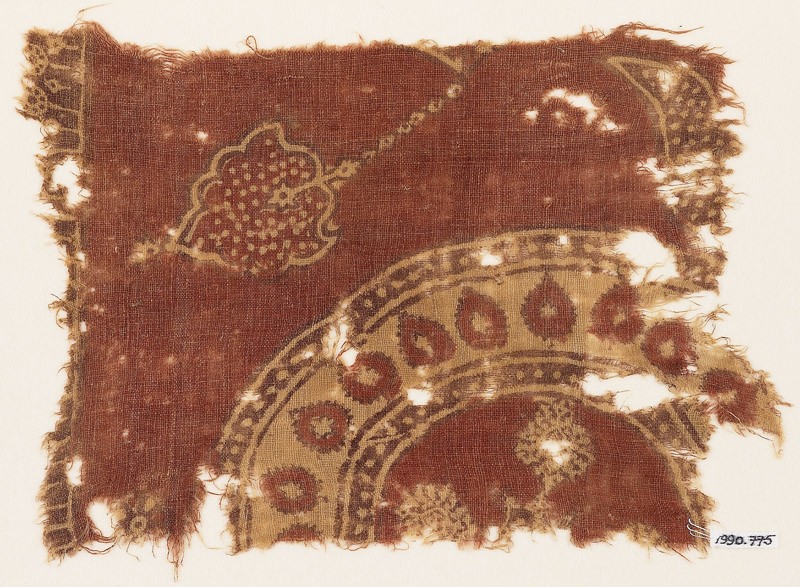