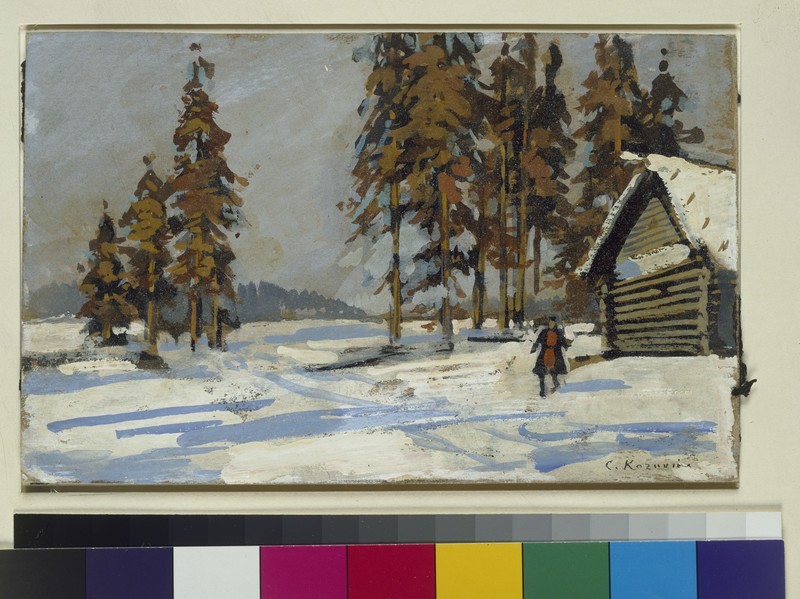 This small oil painting is by Russian artist Konstantin Alekseyevich Korovin. It is one of a set of four winter landscapes, all representing Russian scenes. They are all painted with the same thin, flat, fluent touch and were probably made at the same time.

Korovin was a member of the influential World of Art movement (Mir iskusstva) founded in 1898 in St Petersburg. He worked in an Impressionist style, devoting himself mainly to landscape, but he also became one of Russia's greatest stage designers.

In 1885 the famous Russian industrialist Saava Mamontov hired Korovin to design the set for his private opera. By 1900 he had become a designer for the Bolshoi Theatre in Moscow and by 1910 he was chief stage designer for the Imperial Theatres of Moscow and St. Petersburg.

Throughout his life Korovin made many trips to Europe and northern Russia, to paint and to be inspired by new landscapes. He eventually emigrated to Paris in the 1920s.