Textile fragment with linked circles, inscription, and possibly a lion 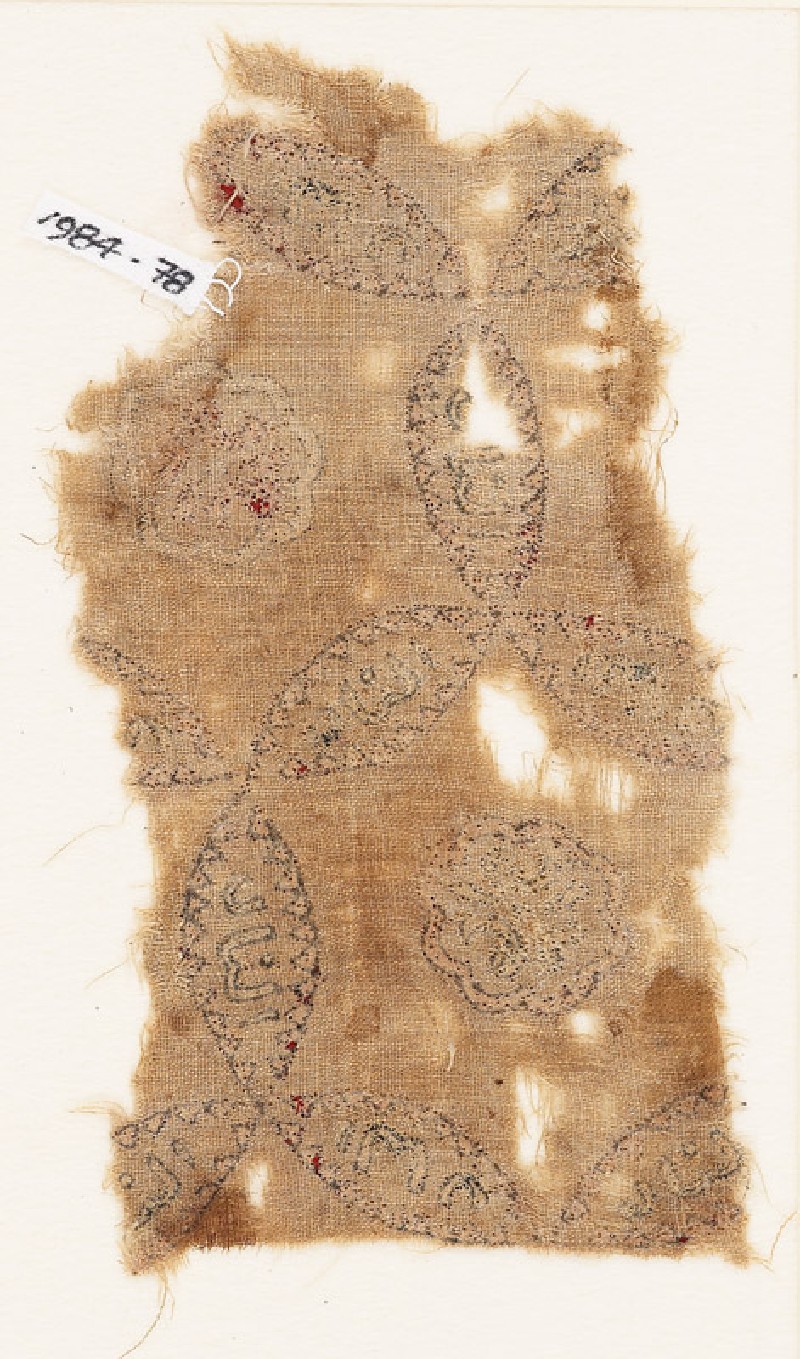